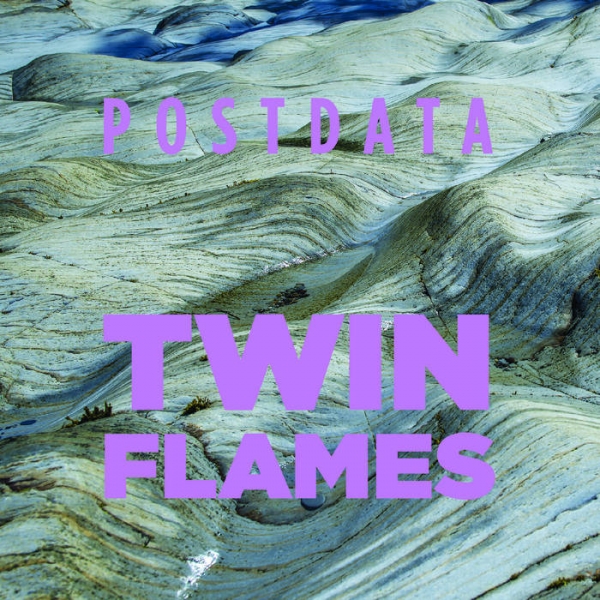 Wintersleep lead Paul Murphy dusts down his Postdata guise once again as an outlet for unfiltered inward discovery, an outpouring embodied in Twin Flames’ flaring embers of grandiose upswells and tentative slow burners.

Seeking solace in his Nova Scotian surroundings, Murphy draws upon a solitary recording process as an opportunity to venture further within; a gently therapeutic yet exultant divide defining this third album, attributable to creating in such socially secluded circumstances. With Portishead and Perfume Genius-collaborator Ali Chant co-producing at his Bristol studio, an international yet simultaneously solitude-steeped effort is presented. Postdata’s latest, at its core, issues out of a relatively insular process when compared to the collegiate context of previous record Let’s Be Wilderness, which came to fruition with involvement from Grant Hutchison and Andy Monaghan of Frightened Rabbit, fellow Wintersleep bandmates as well as Blonde Redhead’s Simone Pace.

Born out of a near-absolute sense of autonomy, with Murphy having recorded his vocals alone, Twin Flames, to an extent, positions the singer-songwriter at his most musically varied, while bearing a peppiness belying the introversion of its development. “Haunts”, for instance, resides neatly amongst the Halifax-based artist’s understated existing output, while elsewhere segueing into seismic choruses reminiscent of Sufjan Stevens and Beirut, notably on the Monaghan-featuring pomp of “Inside Out”. The latter embodies an album that is never quite content occupying the middle-ground, bouncing between life-affirming zeal and ruminative numbers; a contemplative yet gleefully escapist spirit that feels at once incongruous but befitting an anarchic state of catharsis.

Invitations to let loose arise in the form of synth-bellowing anthem “Behind You”, landing squarely on rousing power pop-charged indie turf akin to that of fellow Canadian mainstays Wolf Parade. A newfound optimism surfaces, upheld in such tracks, that, while reverting at times to type, finds Murphy unleashed; a sense of irrepressible freedom that consistently emerges. Twin Flames sees Postdata at his most carefree, in this sense – a split-tone successor to the tumultuous nature of its two preceding albums.