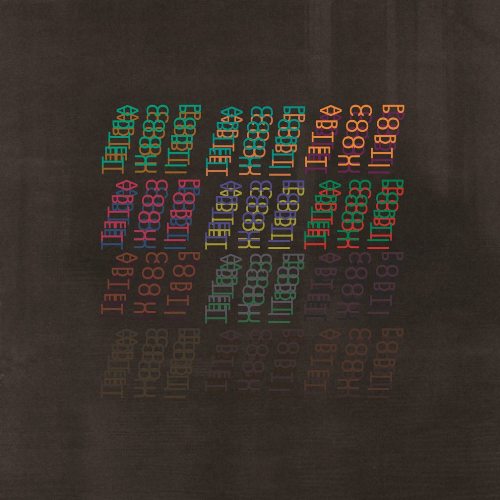 For their third album, and second on Real World Records, the Portico Quartet have embraced something that the Hollywood studios are currently obsessed with: re-imagining, or rebooting the “franchise”. For the Portico Quartet this has meant changing their sonic approach, with this self-titled album (how many times have we seen this being used as a means of starting again?) seeing the band make a self-confessed move away from their jazz roots and reach further into their electronic interests. The question undoubtedly is, though, in their bid to move away from the confines of jazz, have they lost their identity?

From the opening track, the tone for this rebooted Quartet is set. ‘Window Seat’ begins with an electronic beep that’s joined by an arc of violin, singularly swooping in. This then disappears, before returning – a consistent loop weaving through those electronic pulses which then itself gives way to a rising wave of fuzz, a delicate drone that disappears as soon as it arrives. All in all, nothing remotely like the previous music of Portico Quartet, and more akin to the works of Four Tet. There’s a glacial feel to the music, it’s all so clean and clinical, lacking an emotional hook on which to draw you in. Things look up when ‘Ruins’ begins with a deep double bass and swirling saxophone, but this is underpinned with another throbbing electronic beat, which makes the piece a rather alien listen. ‘Spinner’ is once again driven by the double bass, a saxophone slowly crying over the top, as a clip-hop beat repeats and drives the piece. ‘Lacker Boo’ also relies on electronica to drive the track. A piercing, icicle shard of a refrain jags over a tight beat before a shuddering violin arrives with the double bass draped over it. The Hang (a steelpan-like instrument) then returns, forming a pretty dance between these other instruments. Once again, there’s the essence of something interesting here but it fails to be fully realised. The prettiness ends up becomes the only focus and quickly becomes bland with nothing else to hold the attention.

There are two moments, though, where this new approach finally works. ‘Rubidium’ beings with a sparkling Hang intro. A revolving electronic tone swirls around it before a trumpet arrives at the gathering, crying mournfully, before other instruments join the throng; all sounding as if they’re weeping for something lost. This is before the piece gets half way, and the electronic tone gains momentum before being clattered by a series of scattered drum rolls before it, too, is quietened by that mournful piece of brass, the trumpet. It’s a beautiful piece and stands above all else on the album due to its depth and character. ‘City of Glass’ also stands out, a blend of the things that Portico Quartet are good at joined with their interests: the jazz background and the love of electronica. Here, the double bass and saxophone swirl together (the bass an unfortunately underused instrument on the album) and whip the track into a whirlwind tempo whilst the electronic percussion ducks, dives and swerves out of the way of that flowing sax.

It seems sadly apt that the album should end with a piece called ‘Trace’, for there’s very little left of the original band who crafted the Mercury nominated Knee-Deep in the North Sea. By treating most of the live instrumentation through pedals and computers and embracing, almost fully, their interest in electronic sounds, it’s left the album feeling a little lifeless. If this is a re-imagining of the Portico Quartet, we can perhaps hope for something more interesting on the follow-up, after the band have this time around set the scene and changed the template.