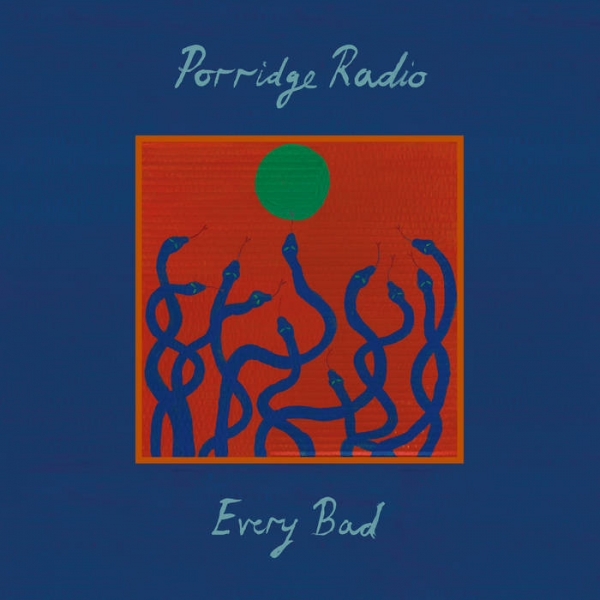 ​​Porridge Radio’s new album begins with a song called “Born Confused”, which might as well be the title of singer Dana Margolin’s biography, since she spends the majority of the songs on Every Bad in some kind of heated exchange – often with herself.

“I’m bored to death let’s argue” is the very first line of the record, and it immediately sets up the tempestuous personality that’s going to be leading the listener through this collection of bruised rockers.

It's Margolin’s towering presence that becomes the focus of Porridge Radio’s music, and there’s no doubt that she makes a compelling leader. This is largely thanks to her vocals, which can effortlessly sweep from hopeless dreamer to unimpressed pessimist to infuriated rebel; melodic singing to lip-curled sneer to full-throated growl.

She has a way of weaponising her different voices to convey the irony of her feelings, as on “Sweet” where she repeats “I am charming I am sweet / and she will love me when she meets me” – her deadpan tone betraying that she’s barely convinced she can keep her temperamental side under wraps. Other times she makes no bones about expressing her discontent, as on “Long” where she yelps “You’re wasting my time” – and you have the distinct feeling that you don’t want to be the person facing down the barrel of that accusation.

These are shades that suit Porridge Radio down to the ground, as they’re able to convert Margolin’s peaks and troughs of passion in their bristling riffs and domineering drums, bulking up her moods into beastly storms of feeling. The essence of their songs vacillate between overwhelming fury and beseeching vulnerability, with the band able to pull off these right-angled turns with aplomb, and it’s a trick that never drops below hair-raising.

If there are shortcomings for Porridge Radio, one is Margolin’s reliance on repeating the same lines over and over in every song. It’s a well-worn trick in rock music that undoubtedly builds tension, but when they return to it song after song it starts to lose some of its impact. It could also be noted that Margolin’s lyrics are quite simplistic, bordering on immature, reflecting thoughts that we all had in our enraged adolescence and jaded early adulthood: “I’m never coming back”; “oh we love each other so”; “there’s nothing inside”; “I don’t know what I want, but I know what I want” (all repeated countless times).

Undoubtedly Porridge Radio have the sonic heft to ensure these statements connect on a primal level, and the simplicity can act like a sledgehammer to the heart. It’s captured in one of Every Bad’s most impactful moments on “Lilac”, where she repeats: “I don’t want us to get bitter, I want us to get better / I want us to be kinder to ourselves and to each other.” It’s a sentiment that we’ve heard expressed a thousand ways by a thousand people, but Porridge Radio imbue this mantra with new weight through their dynamic building and crumbling noise all around it.

This is what will keep people returning to Every Bad: the simple relatability and unfussy-but-exhilarating approach. There’s nothing too complex about what Porridge Radio do, but they do it very well, and Every Bad is unlikely to wear itself out soon.