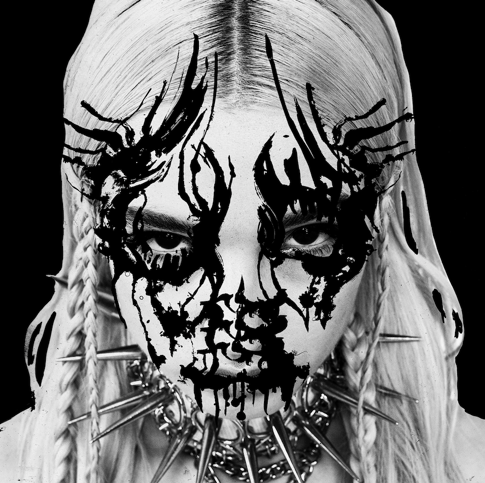 YouTube, Spotify and playlist culture have all played a part in the total destruction of what pre-streaming generations of music listeners would have referred to as ‘genre’.

With so much music (pretty much all of it, ever) available instantly and endlessly, genres within music are now so insignificant and arbitrary that a whole new generation of musicians and artists pretty much ignore them and make any kind of music they feel like, with no regard for the pigeonhole that it will be hastily pushed into by people who care about that sort of thing (see also: Billie Eilish, Grimes, SOPHIE).

Poppy, a relatively new artist, makes music that she thinks of as being ‘post-genre’, in that her music can’t really be put in any box, and it doesn’t really craft one of its own. There are elements of chunky heavy metal, springy nu-metal, weird art-rock, thick dubstep and saccharine J-Pop-style vocals (drawn from her previous incarnation as a YouTube starlet with a gazillion views doing cute things such as eating candy floss and talking about gravity.)

The music on I Disagree is diverse, but almost uniformly ‘okay’. It’s just fine. Some of the tracks sound like edgy wrestlers’ entrance themes (this is totally intentional – she's a huge wrestling fan), while others, like the industrial/dubstep hybrid ripper “BLOODMONEY”, offer moments of genuine excellence surrounded by so much nonsense that they just have no capacity to stick in your head, like trying to memorise all of the names in a phonebook when you’ve just had three cans of Red Bull. It’s not going to happen, and may actually cause headaches, foaming at the mouth and sweating if you’re not careful.

“Concrete”, which is far and away the most bewildering track on the album, sounds like a somebody stuck The Beach Boys in a blender with Marilyn Manson, Dragonforce, The 1975 and Queen. It’s so bizarre that it almost works. Her hybrid theory absolutely works on “Fill The Crown”, which elegantly and successfully makes a through-line from Madonna to Korn. Seriously.

“Bite Your Teeth” offers some respite from the chaos, starting out slowly and beautifully, before it descends into a death metal dirge. “Sit/Stay” borrows liberally from Nine Inch Nails, especially the post-With Teeth era, with its gently thudding drum programming and hissing ambient sonic backdrop giving way to a thunderous techno meltdown.

By the time you get to “Sick of the Sun” and “Don’t Go Outside”, you’ll already know whether you can stomach another listen. I Disagree is the absolute opposite of a grower, and it’s better that way: Poppy gives you everything you need immediately, and then gives you more. It’s like being plugged directly into all of the Spotify “Alt-something” playlists at once.

Essentially, this is sugar-rush, hyperactive pop music for people with the attention span of a gnat. It’s the musical equivalent of those shirts that Kendall and Kylie Jenner tried to sell, where they printed Instagram photos of themselves over classic shirt designs from Metallica and Ozzy Osbourne: full of oblivious millennial contempt for cultural touchstones, which gives it the propensity to be completely bewildering to anyone over the age of 25. Proceed with caution.