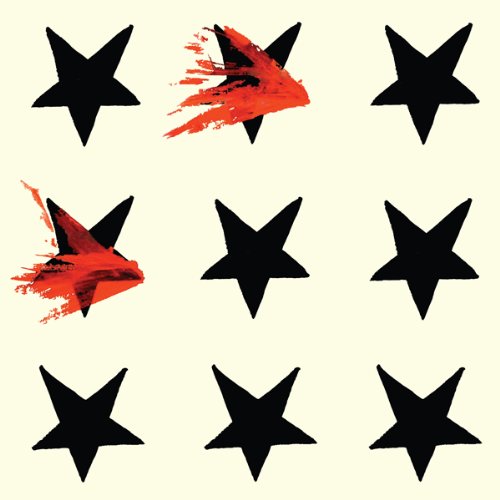 With a band as relentlessly prolific as Pontiak, fans might worry that the group is potentially sacrificing their best editing instincts in favor of churning out one record after another while never bothering to look back. Those concerns are boisterously dismissed on Innocence, the Virginia band-of-brothers’ tenth release in a productive decade of work. The record bristles with a brash creative confidence and raucous riffs galore, as Van, Jennings, and Lain Carney have crafted a neo-psych garage rock sound that rumbles out of the Blue Ridge Mountains and will surely shake everything in its wake.

Innocence bursts potently out of the gates with the crunchy, early Sabbath-like stomp of the title track, which churns with an insistence and urgency that doesn’t let up once over the track’s two breakneck minutes. Pontiak clearly have our attention at this point, and keep their foot down on the gas with “Lack Lustre Rush,” a blistering, sludgy number reminiscent of “Touch Me, I’m Sick,” and the filthy hooks of “Ghosts,” which are both driven by a wall of swelling guitars that crashes over you from every direction. These feisty lead off tracks don’t have a chance to wear out their welcome or run out of steam, as they all storm out the door after rowdily upending everything in their path.

The trio then stretch things out a bit with the organ-laden psych sprawl of “It’s The Greatest,” a lethargic, introspective number that still manages to draw the listener in with its fresh spin on the Southern-fried rock sound. “Noble Heads” and “Wildfires” continue the drastic downshift in both tone and tempo, but the acoustic-guitar driven numbers fail to find much of a spark, while standing in stark contrast to the vehement, inspired start of the record.

The Black Angels-like fuzz of “Surrounded By Diamonds” gets the record back on track after its slight sonic detour, with Van’s piercing wail echoing Ozzy’s sinister vocals atop a spiraling cascade of distortion-drenched guitar riffs. The band clearly have things back in high gear at this point, and the frenetic metal edge of “Beings of the Rarest” represents the heaviest the band gets on this (or any) album. “Rarest” is a massive, towering jam, and again leaves the listener wondering if the group generating this untamed discord is in fact the same one who crafted those slightly sleepy numbers that plagued the album’s languid middle half.

The Beck-like beginning of “Shining” gradually gives way to a textured pulse that unfolds over a feral beat atop raw guitars, with backwards recording loops layered into the inventive sonic stew, coming across like a thoroughly modern twist on Sgt. Pepper’s-esque experimentalism. But again, the band is quickly on to a new idea and disparate sound structure before they (or the listener) ever has a chance to get comfortable. “Darkness Is Coming” is guided along by a muted acoustic guitar melody, giving the track a somber, funereal quality that only enhances the foreboding nature of the song’s title and melancholy lyrics. The dark passion and unvarnished sentiment within this number is something that was lacking in the slower material found earlier in the album, but once more the band seems to be working against their strengths, and the song doesn’t come close to hitting as hard as record’s untamed moments.

Innocence comes to a spirited end with the the dynamic rhythms of “We’ve Got it Wrong,” a tenaciously catchy guitar-fueled jam that finds the band teasing us a bit with the ill-founded title, as Pontiak clearly get a whole lot more right on the record than wrong. And while breaking up the hard charging, boisterous numbers with more reflective, tranquil pieces is a good idea in theory, the serene songs ultimately lacked the fresh inspiration that pulsed at the heart of those raucous tracks, leaving the slower songs sounding flat and tepid in comparison. But in the end, Innocence is saved by the urgent innovation that courses through its emphatic high points, with Pontiak once again proving that they are taking rock ‘n roll in a thrilling new direction while also giving a knowing nod to its unruly past.