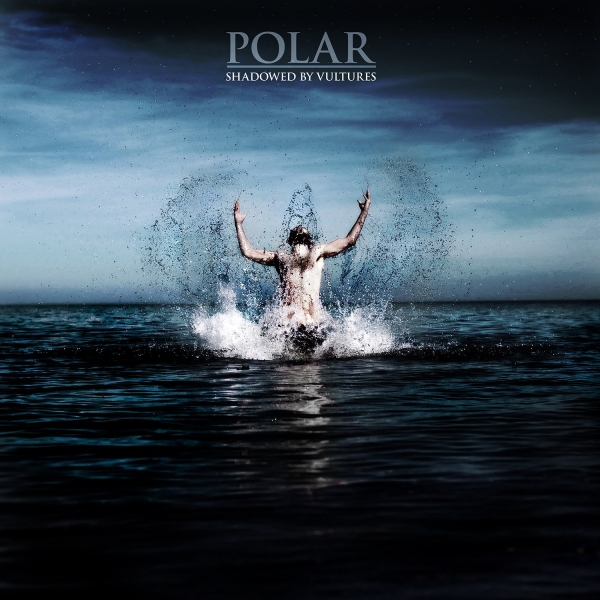 After five years of hard graft, Polar have successfully traversed their way through the underground wilderness and come into their own with second album Shadowed By Vultures.

Released via the infamous At The Deep End Records (who previously guided Architects and Gallows into the hardcore hall of fame) Shadowed by Vultures sees Polar step away from traditional hardcore with a new, crashing wall of sound that’s decidedly more structured than ever before.

Resonating in a manner more mature than on 2012 debut Iron Lungs, Polar have found some harmonies among the chaos, and where in older releases there was something almost punk to their lack of order, now, things are decidedly more measured. Yet while there has clearly been a tightening of their sound, they’ve retained their trademark thundering riffs and howls from front man Adam Woodford, with both featuring in abundance throughout.

“First Breath” is a quick but deadly introduction to the rest of the eleven-song album, as guitars build anticipation for the following onslaught. The pounding repetition in the guitar burns itself out in under a minute, leaving an icy haze of distortion in its wake. There is no letting up in “Blood Lines”, where dark, dominating vocals rip over sharp guitars and coarse drums. Aggressively charged in all the right places, any live performance of this one is sure to descend into complete madness.

Though single “Glasscutter” is Polar’s career standout so far, perhaps its biggest success has been in the confidence it seems to have given to explore some other corners of rock and roll, namely glam and metal. Take “Black Days”, an anthemic tale telling of what it’s like to “live fast die young”; with hints of massive melodies making their way through, it’s a clear progression away from the squall of their past.

Breaking up the still formidable weight of it all, “Before the Storm” provides a lengthy breather with its atmospheric instrumentals and more delicate, female vocals. Slightly overdone and indulgent in places, it’s comes across as little more than a token breakdown amidst the intensity of Polar’s usually heavier output, as “Mountain Thrones” goes on to be a fairly imposing number with calculated peaks of powerful screams and strung out chords. It clatters and charges its way through stark lulls, hammering choruses and heavy arrangements before ramping up further in its transition to “Vipers”. A hell bent rant, the frustrated vocals here are well shouldered by a determined mid-speed riff that carries proceedings to a fittingly dark end. Title track “Shadowed By Vultures” is a similarly almighty roar, with deafening hooks flying in from every direction before finding their aural place.

Among other influences, even classical music is given a nod from the band piano piece “Paradise”. It’s pretty but lacking something ingenious, but is at least another welcome dip into the unknown for the band. ‘More varied and tighter in its makeup, Shadowed by Vultures reveals a different side to the Polar beast. It still has the best elements of the band’s previously unruly wildness, but honing their melodic skills has definitely given them a new lease of life.