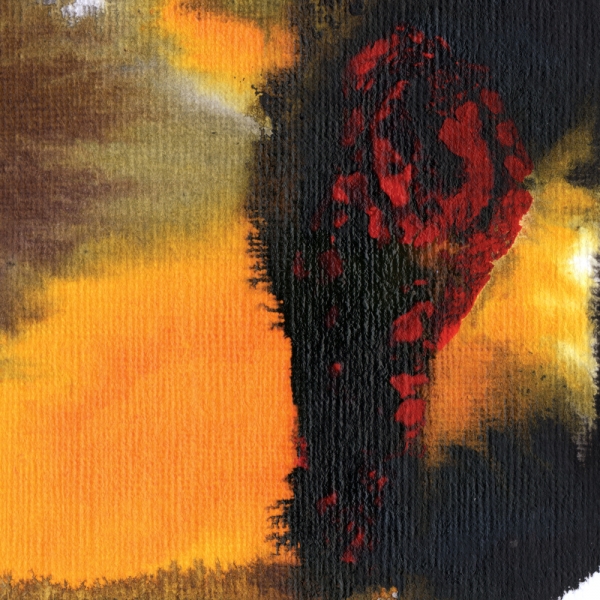 Following their 2014 Mercury Prize nominated album In Each and Every One, champions of British experimental jazz Polar Bear have welcomed spring with a sparkling new release. It’s only six songs long, but as you might expect from bandleader Rochford and co., it is as nuanced and thoughtful as its artwork by artist and writer Sanchita Islam, and will no doubt demand hours of listening.

Opening track "Life, Love and Light" resonates simply and delicately like the gliding of an index finger round a wine glass for three minutes, and features a heartily reassuring speech from Asar Mikael, the owner of The Light Shop, a meeting place in Rochford’s hometown Tottenham for enlightened minds. In his spoken-word tone Mikael embodies, as the title suggests, life, love, and light manifest, and this positivity arguably sets the tone for the rest of the record.

Its simple and motivational message borders on trite, but rest assured Polar Bear drop straight into their trademark, sophisticated style with "We Feel The Echos". At ten minutes long, it has a curious atmosphere and peripatetic quality to it, aided no doubt by its meandering dynamics and various timbres. "The First Steps" seems to continue this theme of movement, not only from its title but with how it is playful with its rhythm, while "Of Hi Lands" seems to recall that resonating G note from the album’s opening, and slowly builds into a quasi-climax of polyrhythms.

The saxophones still seem relatively reticent, however, and it’s only really in "Don’t Get The Feeling Go" where they express their self orgasmically but also most melodically; if you haven’t noticed by now, Polar Bear are good at naming their songs appropriately. This track, the only on the record to feature a vocal hook, is also its grooviest, and the interplay with the double-bass and the rest of the band maintains its energy perfectly.

Same As You isn’t going to be the most exciting release from Polar Bear you’ll hear, but it is a solid and entirely welcomd release from a band who rarely put a foot wrong.