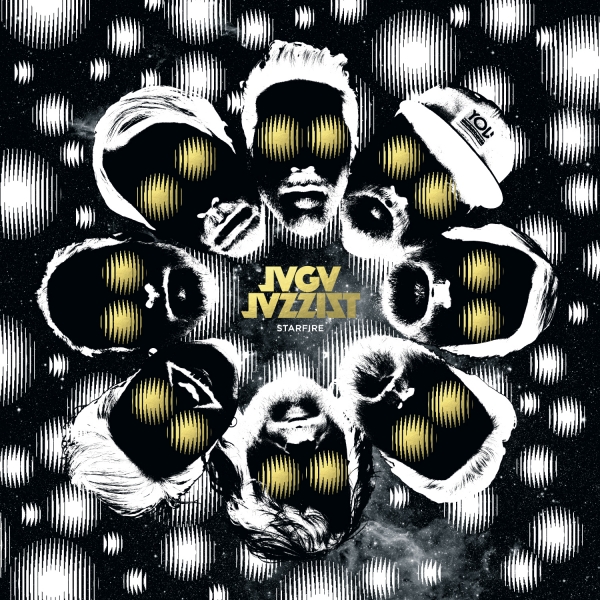 Don’t let Starfire‘s brief tracklist fool you - though it arrives in the guise of an unassuming five-track EP, it is in fact the Norwegian octet’s seventh full-length album, stuffed with ever-shifting operatic movements that make the band’s plethora of six-minute priors seem sheepishly succinct. With an increased integration of electronic components and a thematic focus on the ceaseless skies, this is an album of lofty ambition.

Thematically born out of primary songwriter Lars Hornveth's late-2012 move from Norway to LA, Starfire's focus is on the myriad lights of the city skies; from the blurred lamps, to each pinpoint starlight, to the ceaseless expanse of it all. Largely composed as a piecemealed endeavor, Hornveth would have periodic visits from his fellow "jazzists" who would each tack on their individual contributions in his apartment, with the album's final touches being laid down at the band's professional studio back in Oslo.

Where previous records leaned on complex unions of brass and guitar over vivacious drum-work, Starfire sees the band's first hefty incorporation of electronic components and a starkly contrasted, more-balanced rhythm section. According to the album's press materials, each song was viewed as "the original song and the a remix in one." While it never collapses into the rudimentary rhythmic rhetoric of the boring boom-tick breakdown, Starfire does frequently delve into the repetitious during their cosmic voyage. Still, it always maintains the intricate arrangements and contemplative melodies native throughout Jaga's 20-year career.

This mesh of the familiar and the non, the complex and the straightforward, doesn't always hit home its mark straight away—it can take a few listens and ample decompression to parse through the seamless transitions and repetitive oeuvre—but when it does land outright, it does so with powerful results. The album's most fruitful balance of this union, track four's "Oban," as well as various segments of the fourteen-minute "Big City Music," develop a wide range of emotional content via a constant synchronicity between its electronic and physical elements.

More than its priors, Starfire has a tendency to feel a tad like a soundtrack with no film, particularly if you're not currently pondering infinity during a walk beneath the LA skies. Its ceaseless transitions and inherent complexity leave little room for reflection, and despite its LP-in-EP's-clothing structure on paper, Starfire takes ample time not only to play through, but to digest. Of course, Jaga Jazzist's music has never been shy on the intellectual front, and for those willing to take the plunge, Starfire's innate intricacies leave as much to be discovered as the skies themselves.