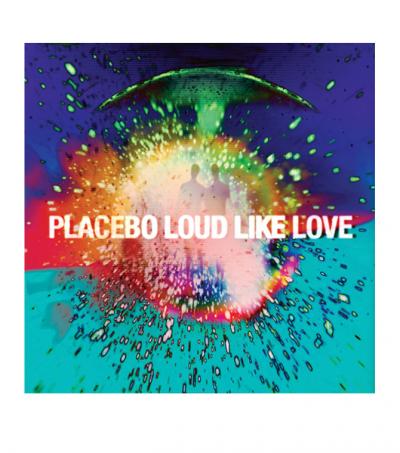 Every time I hear that androgynous, distinctive mewling of Brian Molko – like bitterly cold milk through a straw, or a kitten in a mine shaft – I am thrown back to my first encounter with Placebo: the seminal 2002 skateboard video-cum-magnum opus that is Flip’s Sorry. The opening section, belonging to Mark Appleyard, was scored to ‘Every You Every Me,’ off the band’s second album, 1998′s Without You I’m Nothing, and I can no longer hear them, any cut, without envisioning the powerful application of backside tailslides or Apples hopping a Vespa off a speed bump, visions of a shirtless stunt wood demigod manipulating his fickle little beast down handrails and hubba ledges in Kawasaki swollen tongued Circas.

Perhaps this can be attributed to the fact that for my group of friends and I, skateboarding, at the time, possessed a position on the needs hierarchy roughly equivalent to nourishment and shelter, whilst nipping at the heels of breathing (and adroitly trumping sex, thanks in no small part to the former’s relative abundance and ease of acquisition compared to the later). Or perhaps it can be attributed to the fact that Placebo does not sound much different from their days of sucker love; no other boxes being chosen to use, so to speak.

Loud Like Love does not deviate from Placebo’s sound of post-punk influences like New Order and The Cure filtered through a 90s alternative filter, and the stasis behooves them; indeed, with the current cultural dovetailing of the two predominant aspects of Placebo’s aesthetic – with the aforementioned musical acts headlining Lollapollooza and an array of fashion and cultural arcs bending back towards the Bill Clinton era - Loud Like Love takes on the curious ability of sounding like no great departure from a band over a decade old while at the same time being of the moment. The formula remains, the dyadic foundation of coppery or fuzzy chunkchunkchunkchunkchunkchunkchunkchunk strums and minimalistic bass lines gently powering songs, accented occasionally by various squiggles, screams, piano plinks, and other accent marks, all of which are subservient to Molko’s voice.

Whilst aurally evoking the moment the sun breaks through the rain, when only a pocket of the sky shines and before the slate gives ground, or when light catches cocaine, still jaundiced and glistening and flaky scales yet to be chopped into dust, Molko, in turn, sounds like a frigid Cytoxan drip, his syringe of a voice the band’s most distinctive – and polarizing – feature. That the platitudes he interjaculates into cuts never quite surmount being bleeding heart bromides (samples lyric, taken from the rather enjoyable titular track: “Love on an atom/Love on a cloud/To see the birth of all that isn’t now/Can you imagine a love that is so proud/It never has to question why or how?”) is of little concern; most (all?) rock lyrics look ridiculous on paper, or isolated and thought of un-contextually, dissasociated from their vehicles, and the emotive broad strokes – love, heartbreak, lust, desolation – are rather universal, the same feelings peddled by myriad other bands.

But it is in Placebo’s, i.e., Molko’s, delivery that these universal ideals of high school art class heartache find either their success or failure. Molko’s plaintive mewling ends up being a passable form of conveyance; yes, these are somewhat mopey, aim-to-shred-the-soul songs or, conversely, saccharine testaments to the prowess of/entreaties to Aphrodite, but they are well-crafted mawkish rock songs, and that makes all the difference between adequacy and dreck.

So, too, does the fact that some have, while not profound, at least interesting things to say. ‘Too Many Friends’ is a humanistic rejection of society lived through screens, bathed in pathos with a touch of humor. “My computer thinks I’m gay,” is the opening line; that said computer is then referred to as nothing more volatile then a “piece of junk” serves as a microcosm for Loud Like Love‘s middling nature. In comparison to such tepid emotions, the lamentation that Molko has “too many friends, too many people/That I’ll never meet/And I’ll never be there for/I’ll never be there for/Cause I’ll never be there” cuts to the quick; only, it should be said again, in comparison. More intriguing is the cotton-candy anarchy of ‘Rob The Bank,’ whose swings from Dillinger to doing it seem less an ode to the libidinous effects of larceny and more an odd appeal to fuck in a Guy Fawkes mask, or the strange, teasing, one clap chorus structure of ‘Hold On To Me’ – the denial of more claps is a brilliant little tic – and slightly-less-pretentious Moody Blues impression that comprises its closing.

By the penultimate track, Loud Like Love begins to melt like a sugar skull in rain; the aptly named ‘Begin The End’ and ‘Bosco’ are pretty enough, in a melancholic way, but the 12 minute or so walk in the fog they become is juxtaposed unflatteringly by the better pacing of the other cuts, whose life spans fall more comfortably into the popular rock spectrum, and whose introduction of grace notes – be it pianos, guitars, or glitchy little electronic nods – helps to break apart the mist.

Loud Like Love is akin to Molko’s accusatory computer, not in that it is a piece of junk, but in that it seems incapable of producing the heights of feeling something with cardiac cufflinks should be able to arouse. Equally far from disappointment or ascendency, it tacks about its ashen existence, perfectly fine and perfectly listenable and perfectly suffering for it.