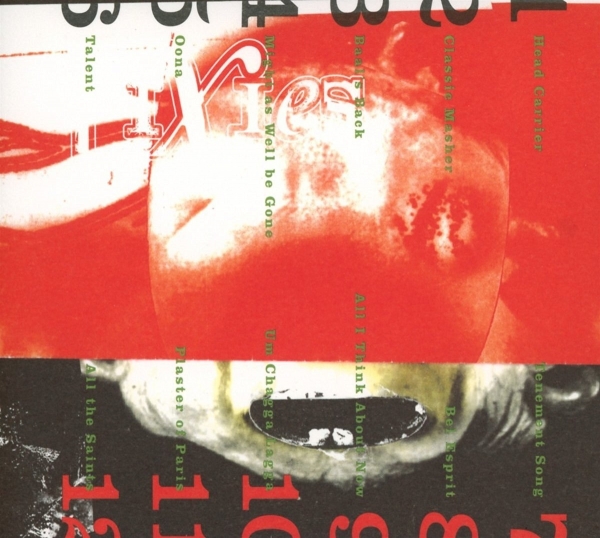 Try as they might to avoid it, there comes a point when the burning compulsion and creative vision of even the greatest artists quietly culminates in the equivalent of holding down a pretty sweet job.

For a band that once burst forth with a feverish, era-defining marriage of mania, melody and musicianship, album number six sees one-time torchbearers Pixies retiring to a no-mans-land where headway and resolve are largely overshadowed by hesitant, half-baked mediocrity. Sadly, theirs might well be a textbook trajectory in point.

But going into Head Carrier with anything more than a sliver of hope of it being vital will always result in galling disappointment. Over a quarter of a century on from commanding at the peak of their powers (and with the Kim Deal-shaped hole in the line-up as patent as ever) this is an undeniably distinct proposition to, say, stumbling upon the band at the tail-end of 1980s. The proverbial goalposts haven’t as much been moved than they’ve been very slowly incinerated since the flameout of the original band in early 1992, their fêted reunion of 2003 and Deal’s departure in 2013. Bearing this in mind helps stifle the inexorable blow.

And yet, with Tom Dalgety stepping into the well-worn shoes of long-time Pixies producer Gil Norton, Head Carrier mainly falls short in being a frustratingly safe release that stalls and flounders in the face of a new start. With Deal replacement Paz Lenchantin confirmed as the band’s full-time bassist back in July, Black Francis, Joey Santiago and David Lovering had an opportunity to re-align their alchemical alternative rock craft with the present day. Instead we’re treated to a release that often flirts with the farcical in not only how many tracks lack the inimitable magic but also to the degree Lenchantin assumes the guise of her predecessor in Deal. Despite bringing some much needed enthusiasm to the table, the sheer familiarity of each whispered line and breathy “la-la-la” combine to overcook what could have – and almost certainly should have – been a subtly-wielded homage.

Once masters at making the inane sound meaningful – once peerless purveyors of a surf and space-soaked sound brimming with fierce, genre-warping insularity – Head Carrier sees Pixies comfortably tread MOR for the most part. Where singles “Tenement Song” and “Talent” knowingly conjure the ghost of the band’s more earworming and accessible material of yore, the rampant absence of bravura – both compositional and lyrical – is often painfully clear. Played back-to-back with the grating “Classic Masher”, the wholly forgettable “Plaster of Paris” and "Baals Back" (an effort almost saved by Francis’ legendary, larynx-shredding scream) Pixies mostly fail to muster anything approaching the same adventure and erratic gall that once set them apart.

Luckily, a handful of tracks offer some distraction in braving explorative terrain. Take the swaggering groove of “Oona” with its threatening chord shifts and Francis’ enamoured swoon; bordering on quintessential Pixies (and making for a sequel of sorts to Bossanova’s “Ana” and “Allison” from Trompe Le Monde) it reveals a rare emphatic effort here. Equally, “All I Think About Now” – an open letter to Deal written by Francis and sung, curiously, by Lenchantin – hits home despite the very real potential for pastiche and ‘Um Chagga Lagga’ proves a stellar, virulent cut in the vein of “Isle De Encanta” off Come On Pilgrim. Climaxing on Santiago’s consciously jarring solo, the unrestraint and breakneck conviction that defined the more punked-out peaks from their heyday briefly crashes into glorious Technicolor.

But strain your ear as much as you can and will it on as much as you will, there’s no denying that Head Carrier generally veers between sounding like an exhausted tribute to their former configuration to feeling something akin to a disposable Frank Black solo effort via a few conciliatory tracks. If the wandering hodgepodge of 2014’s Indie Cindy hinted at the band’s final metamorphosis as a mostly by-numbers proposition, Head Carrier essentially – sadly – confirms it.