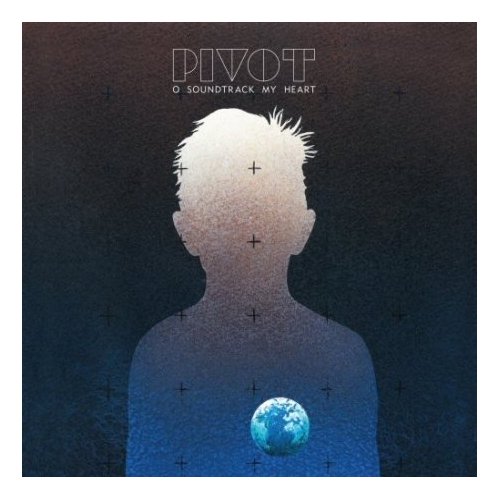 Pivot hail from Sydney, Australia, but their influences could hardly be more European. The three names that instantly spring to mind, and in fact almost wholly categorise the band’s music, are Greek legend Vangelis, esoteric Frenchman Jean-Michel Jarre and the long-running German electronica group Tangerine Dream. On their second full-length, O Soundtrack My Heart, all these influences are present and correct – which arguably makes this a very niche record indeed.

Everybody has heard something by all these big, classic electronica artists, but how many people really listen to them? That’s what I find myself wondering when I listen to this Pivot effort. This is a kind of music that can be breathtaking as an accompaniment to something else, as many of us have discovered while watching Blade Runner and hearing that famous Vangelis soundtrack – but it can also be intimidating, difficult and frankly quite dull to listen to in and of itself. This is the central problem Pivot have to address – and by sounding extremely similar to their heroes at times, they have less than entirely successful results.

‘October’, the album’s opening track, still stands out as one of those instrumental album openers so beloved of bands as diverse as Coldplay and Nine Inch Nails these days despite the fact that the rest of the album is instrumental too. Like many of such tracks, it feels almost completely pointless, a stop-start, pretentious dirge which fails to add anything to the album and doesn’t even effectively introduce anything at all. In fact the first half the album is, surprisingly, the weakest – ‘In The Blood’ starts promisingly but quickly fizzles into mediocrity, the title track has little to offer besides its eerily familiar synths…

To find something a little more inspiring we must look to the latter section of the album, and to tracks like the atmospheric, spacey ‘Epsilon’. The trouble is, that this sounds exactly like any other 70s or 80s electronica album. You could play it amongst a random shuffle of Vangelis or Tangerine Dream output and virtually nobody could tell that it was recorded in 2008, or that it was by an Australian band called Pivot. And thus Pivot have fallen into the classic electronica trap – by sticking too close to their forebears, they have produced an album of almost stunning ordinariness which ends up as just another dated, pretentious face in the crowd.
40%