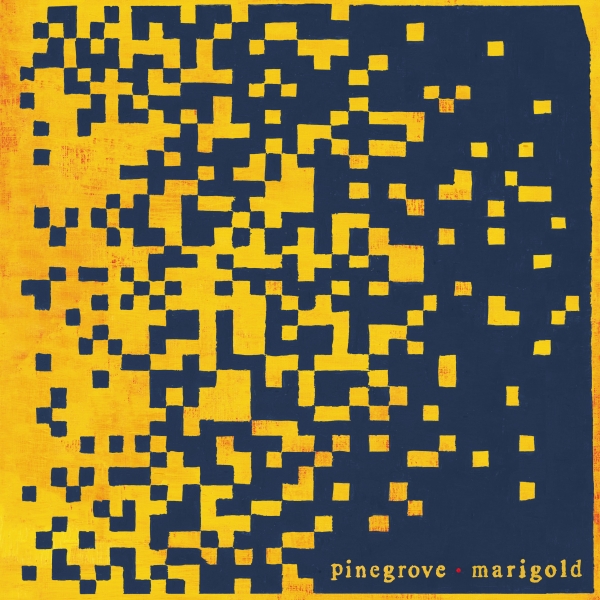 It’s fair to say that, when it comes to an artist or act understanding their sound, there are few currently more on point than Pinegrove.

Over the course of three albums, the band, led by the introspective and verbose Evan Stephens Hall, have constructed a sound pulling on a range of alt-country, indie and emo, sitting somewhere between the aching sensation of Cap ‘n’ Jazz and the twee vulnerability of Frankie Cosmos. While Hall has described the “heart-first” approach to their fourth record, Marigold, that very phrase could plausibly have been used for any of their previous three, each an iteration on the last rather than a total recalibration. And given the success of each album, it’s hard to argue why Pinegrove would have done it any differently, Hall himself clarifying the ongoing tropes in describing their work as a “lifelong project”.

Following a confusing Facebook post in 2017 by Hall, in which he explains that he’d been accused of sexual coercion by a woman he’d had a relationship with, itself resulting in taking a year off tour and therapy for Hall, the intimate and confessional nature of Pinegrove’s music however has come under additional scrutiny. While the details of what occurred between Hall and the accuser are unclear, there was a tangible sense of unease among Pinegrove’s fans as to the ethics behind continuing to listen to the band, and although Hall has publicly reckoned with the allegation, it’s hard, and perhaps irresponsible, to dispel it while listening to the band’s music. It’s not clear how an act should conduct their comeback after such an event, though questions did emerge as to how, or even if, Pinegrove would attempt to broach the issue, and whether on Marigold we would see them adopting a change in tact.

The short answer to that is no. Marigold sticks to the aesthetic Pinegrove established in their previous records, amounting to their latest pondering on that most pertinent of questions; how do we do good when so much around us is going so bad? While this theme may appear misguided given the circumstances, there’s no questioning Hall’s legitimate honesty and anxiety throughout, reticent to fully commit to a direction and often caught in a state of indecisiveness. The heavy breath taken at the beginning of opener “Dotted Line” initiatives the album with the impression of a nervous speaker about to take to the podium, or an anxious partner readying themselves for a breakup. It’s an angsty start, and one that Hall spends the rest of the track attempting to placate as he searches for assurance (“Do I do my thing and just keep my head down?”).

This quest for some form of support is presented most absolutely on “The Alarmist”, as Hall laments “As far as I can see is terrible territory / And there’s no-one to reassure me” before pleading “Please be good to me”. Elsewhere, his indecisiveness extends to considering ridding himself of a toxic remedy on “Drugs and Alcohol”, reverting from a decision to abstain to a potential compromise (“Maybe certain circumstances are permissible, maybe I could and you could just look the other way”) and finally querying its innate wrongness (“Is it so wrong, I wanna feel good”). This indecisiveness and ultimate questioning on the topic may further infuriate those who are looking for a plea for redemption from Hall, though it does stick to Pinegrove’s tried and tested approach of presenting their thoughts totally unfiltered, complete with paranoias, desires and all.

As with previous Pinegrove records, however, it’s in Hall’s conversational style, buoyed by his band’s gorgeously intricate performances, that the beauty of Marigold really shines. Both the glistening instrumentation and Hall’s tender vocals could easily become saccharine to the point of nauseating, but somehow neither really does. Although playing the role of a typical indie sad sack, Hall is earnest and more than capable of a wry moment of insight. His vulnerabilities are also laced with a continual notion of hope and bravery in the face of adverse times. “I don’t know how but I’m thinking it’ll all work out” on “Dotted Line” is indicative of this paradigm, as is “It’s feeling pretty bad to me, but I don’t think it goes on endlessly” from “Endless”. While it may be argued such hope sounds groundless, and even undeserved, Hall’s want to believe things can improve is a cause for optimism, and plays out an internal paradox that will undoubtedly resonate with those fans of the first three albums still listening.

As Pinegrove’s first album fully written and released since the accusation against Hall (Skylight was already written and mastered before its 2018 release), Marigold will always in some sense live in the shadow of that event. While it shouldn’t be the whole story, it’s also impossible to listen to it totally removed from such context. That doesn’t detract however from the fact that this is undoubtedly Pinegrove’s best record yet, and isn’t without its learnings for those that decide to spend some time with it. The band, and Hall, manage to retain their contemplative and overtly confessional style, and deliver something intensely moving and beautifully constructed. There is baggage to Marigold, and for some it might prove a step too far. For those who feel otherwise inclined, there is much here to cherish.