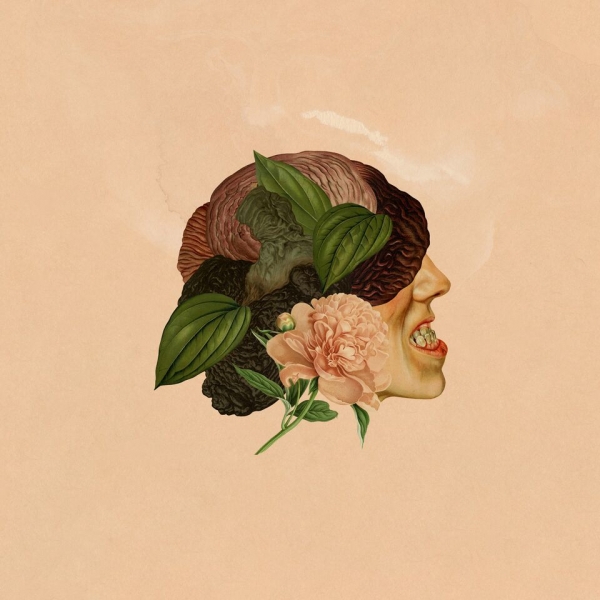 It should have been obvious as far back as 2013’s “Saffron” single, glaring on the more recent “Silver & Gold”, that Pieces of Juno (the recording name for Oslo producer and song writer Juno Jensen) had more than a passing interest in the finer things in life

But not in an all-surface no-feeling way. No, Jensen’s pursuit of beauty and pleasure doesn’t just scratch at the surface – it positively digs beyond the delusion, trying to uncover the reasons for our needs and desires and why we follow certain perilous paths.

The title of Pieces of Juno’s debut album (at six tracks is the first part of a larger project, and the first full-length to be released on the inspirational KOSO, an all-female collective founded by Jensen and Marit Soldal) is Kalopsia, a Greek word meaning “the delusion of things being more beautiful than they are”. On this record Jensen is tempted by food, alcohol and – of course – people, and the result is a terrific interrogation of what it means to give into desires, to be left in a position of wanting more in spite of obvious consequences.

Back when Pieces of Juno released “Saffron”, taken from the Do You Know Who You Are? (her second EP following Ghostwriting) the Norwegian was making post-club instrumental music with a Balearic edge. Quickly, though, Jensen’s music became harder to pin down; “Same to Me” was a smoky, jazzy release while “Silver & Gold” (which turns up again on Kalopsia) was similar in tone. It was starting to become obvious was that Jensen was making deeply sensuous music capable of drawing you into her noir-ish world. 2016’s Frisson EP saw Pieces of Juno jump briefly back to her instrumental work, creating a stunning record shot through with eastern-influenced beats.

But here we are at Kalopsia; a fascinating, brilliantly constructed vision it delves deep into the human psyche and tries to come out the other side. Opening track “Criminal” sets the tone: over scattered beats, a simple bass and the swooping scratching of viola (played by Freddy Holm), Jensen is a tortured torch-song figure positively moaning the lines “your booze and your drugs / and your feverish love / I want it all”. The dark tone is set and rarely lifts.

“Your Mouth Is A Dragon” unsettles with screeching guitar (played by Årabrot’s Kjetil Nernes) and stuttering 808s, and acts a sort of bridge between Pieces of Juno’s instrumental work and this gothic world. Alcohol and human interaction arrive hand-in-hand again on “Bartender”, a skeletal song which lets Jensen’s superb voice be the star alongside arch strings and bar-room piano. At one point she sings “Barkeep put on a different tune / this reminds me of a distant mood / of years of shame and solitude”, recalling a past relationship fraught with issues….yet as the person in the song sits at the bar there’s a feeling that they’re going to head down that road again. As a study of desire it’s striking; can you reject the attraction of someone or something when it’s so apparent (on the surface) that it’s going to meet your needs?

“Silver & Gold” furthers this idea with talk of "no strings" and getting what you deserve, yet tempers the lust with imagery of the ultimate in fatalistic couples, Bonnie and Clyde. It’s on this track where Jensen’s production genius shines through; beats snap crisply and ring out like gunshots yet never overpower the sultry vocal or the deep, buzzing synth bass.

Ending on the creeping intensity of “Cold, Hard, Brilliant”, a track made up of Jensen’s ghostly moans and drones, there’s some kind of solace in another’s arms…yet as the track fades to silence, only to return with eerie rattles and scratches, we’re left uneasy rather than comforted. The ending brings me back to a quote from Jensen around the release of “Same to Me”: She commented that the vibe of the song and the video was “the feeling you often get by being woman in a male-dominated environment; losing control, have no real voice - more like a zombie on display.” That song might not be on this record but there’s a lingering sentiment that to be truly in control is to be guided only by your self.

Jensen’s particular shade of blackest ever black as Pieces of Juno is coloured with the red of desire, lust, and carnality…a scarlet slash reflecting the obsessional nature of the record. It lifts the music beyond the gothic in to a world where everything glisters, but it’s rarely gold. A dangerous world of noir where temptation lies round every corner or across every table or bar top. Try as you might not to fall, Kalopsia pulls you in, takes you under…the effect is to be left satiated, but at what cost?