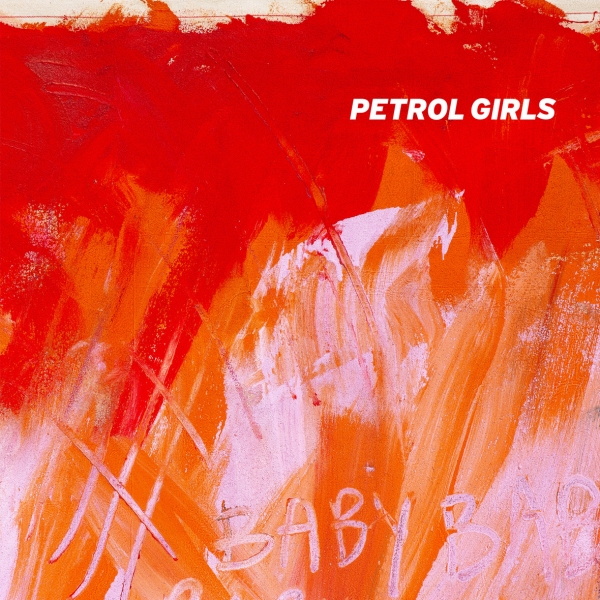 Many artists shy away from being too overt in their messaging, btu Petrol Girls have never been one of those bands.

The London punks exist to be essential, with a clear mission statement and their politics on their sleeve. On Baby, their third full-length, they’re simultaneously more forceful than ever, and more casual than ever, and it’s a brilliant combo.

Intensely up and down, Baby evokes the rollercoasters of female – and human – existence that Petrol Girls are capturing. On the side of the ups, we have the sarcastic, spitting indictment of cancel-culture superiority on “Preachers”, the visceral unapologetic bite of “Baby, I Had An Abortion” which couldn’t be more point-blank and playful in its pro-choice messaging.

The downs, take us deep into a similarly unapologetic but utterly sobering look at navigating the world. We have "Fight For Our Lives", which tackles the subject of femicide, "Violent By Design" on police brutality, "Sick & Tired" on harsh burnout, double standards and pressure as an outspoken woman in political punk. Even "Baby, I Had An Abortion" is an obviously heavy track, saturated in the fact that things have got so dangerously ridiculous that you have to try and laugh because you’re terrified.

Petrol Girls have strived to inject lightness into Baby because, evidenced in their subject matter, it’s something we’re sorely lacking in the world right now. And for that reason, it may be their most punk release yet – for everything the world throws at marginalised people, Petrol Girls are refusing to be ground down by it. In some places this is done with sardonic attitude, but elsewhere it’s done with the pure energy of Petrol Girls’s live shows, an inviting burst of noisy swagger and rousing vitality. "Clowns" reels through its frenetic guitar lines as Ren Aldrige belts out the vocals almost tangibly asking a hypothetical moshpit to yell along “KEEP CALM, CARRY ON!”. "One Or The Other" is similarly, delightfully breathless, Aldridge practically monologuing atop the disorienting weave of the guitars, before everything comes together for a brilliant stomping drop.

Baby has to be summed up, though, by its most vicious track – "Fight For Our Lives", the first single and the only one with a feature. Teaming up with none other than Janey Starling – the activist formerly of Dream Nails, a fellow feminist punk outfit who prided themselves on making political punk as fun as it is essential. She left the band to focus on activism full time, and her contribution on "Fight For Our Lives" is crucial. On "Sick and Tired", Aldridge addresses the emotional weight she carries addressing difficult topics by nature, and "Fight For Our Lives" is one of the most difficult moments on the album. Written about femicide and recorded the week of Sarah Everard’s killer’s trial, it’s painful, but redeemed by the sound of Aldridge and Starling lifting each other up and supporting each other to deliver such a powerful message.

Baby might be a subtler touch than Petrol Girls’s back catalogue, but it’s a brilliant balance. Without forgetting their mission statement, Petrol Girls have given us a bit more of themselves on brighter days here, and it makes for an uplifting listen despite its darkness.