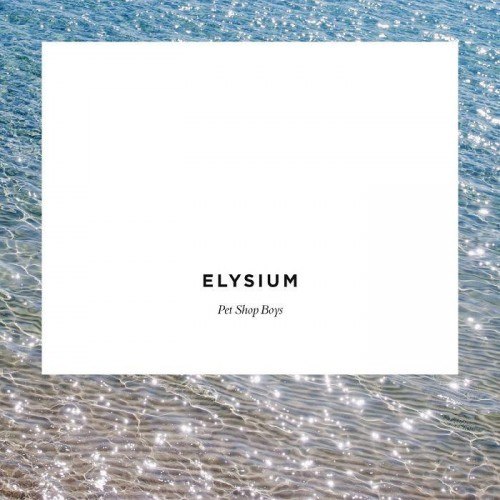 Pet Shop Boys have 10 albums in their rear-view mirror – all opting for monomial titles like Please, Actually, Very, and most recently in 2009, Yes. Their latest offering, however, sounds more like a well-crafted “no”, or perhaps a “goodbye”.

On this 11th album the duo sounds defeated, resigned, a little exhausted, in spite of their London Olympics-coinciding single “Winner.” Musically, tempo-wise, the album consistently under-exerts itself, while the lyrics are self-consciously self-referential, opting only for the most disparaging terms, raising questions (and doubts) about their future.

Their past, however, is unquestionable.

Pet Shop Boys have always been keen on adapting to contemporary conventions. Their first albums were synthy and danceable in the way only the ’80s could account for (and its technology could provide for), then in the ’90s their output matched the prevailing clubby, slightly Latin, and techno-electronic dance music of its time, the band’s use of synthesizers again strongly influenced by the technology of the day.

On Elysium, we hear the sort of synthesizers that are used in a lot of present-day synthesizer music: dreampop/chillwave à la Washed Out, M83 and Neon Indian, themselves doubtless influenced in their turn by Pet Shop Boys. It’s not that Pet Shop Boys are limited only to what’s on the market, it’s that their hunger for forward motion is insatiable, and ultimately defines each of the albums that they write their desires all over. But that progressive sensibility is only really an accessory to their ability to write an indelible song, with whatever technology is at their disposal.

In 2012, however, Pet Shop Boys are starting to feel less and less like they actually belong – even while their music may beg to differ – with hints that this may even be their last album. Listen to songs like ‘Requiem in Denim and Leopardskin’ with lyrics like “This is our last chance for goodbye, let the music begin/Shining and soaring like a requiem in denim and leopardskin”, which translates roughly as “Let’s go out with a bang.” And then there’s ‘Your Early Stuff’, which assumes the perspective of the type of skeptical listener who thinks a band should call it quits the second it loses chart-relevance: “You’ve been around and you don’t look too rough, but I still quite like some of your early stuff/Suppose you more or less retired now, I think I read somewhere how you’ve written a book or a film score/Amazing that you would come back for more”.

The lyrics have always been particularly candid, but they’ve never been more so than on this album. And while the music and lyrical content don’t always seem to go hand-in-hand, sometimes outright defying one another – meditations on death, eternal loneliness, rejection (by lovers and fans alike), with textured sheets of synth underscoring a sort of deceptive optimism – their interplay has always been a source of dual-appreciation, allowing you to appreciate both separately, in each’s own right.

The songs are endlessly feel-good, although not as urgent as PSB’s melodically-overt debut Please (with its infectious and radio-heralded likes of ‘West End Girls‘ and ‘Opportunities (Let’s Make Lots of Money‘). Sometimes soothing and chamomile-evoking (‘Leaving’), or swollen and borderline-anthemic like ‘Winner’, danceable as ‘Face Like That’ or as catchy and euphonious as ‘Your Early Stuff’, the music seems to flow effortlessly from the duo’s fingertips at this point, as if connected to a hose that someone simply forgot to turn off. Their knack for powerful melodies must be appreciated, just as much as their ability to marry melody and lyricism without compromising either.

Tennant’s lyrics have always been replete with social commentary, and is still so on Elysium, with tracks like ‘Ego Music’ which jabs at the pretentious full-of-it-ness of corrosively-self-serious self-defined “artists”. This is also echoed in the album’s name itself: “elysium” means a state of unrelenting happiness, but can also refer to a sort of afterlife of constant praise.

Perhaps that is all Pet Shop Boys want: to go out on a high note, to go down in history with esteem. In that way, Pet Shop Boys have written their own eulogy with which to enter elysium; although it’s hard to think that this prolific, sharp band wouldn’t do just as well to continue releasing a new record every three years or so, to the delight of their deeply-committed fans. But perhaps all those condemning voices, like that of the speaker in ‘Your Early Stuff’ have become too deafening for them to actually hear what good they’re doing, or the approval of the gods.