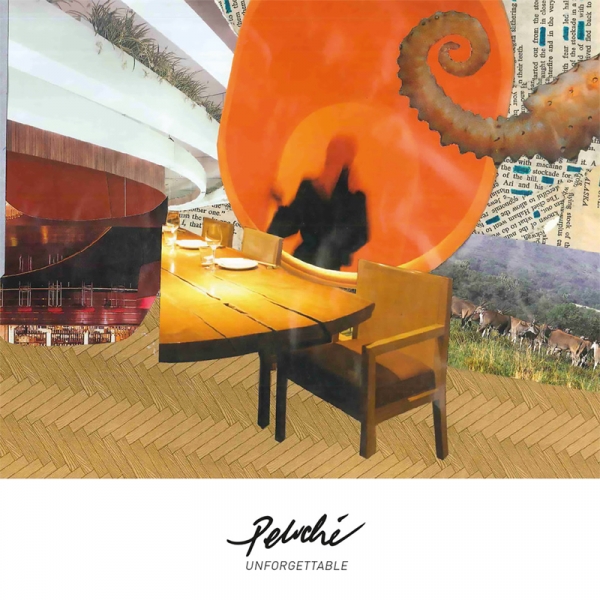 Peluché are a dreamlike band who don’t feel quite real. Their freewheeling musical vision, honed in their shed, feels not of this Earth. There’s something utterly enchanting at work.

Whether they’re playing to 20 people or packed-out rooms, their fidgety grooves and warm melodies fill every inch of the space. 2016’s Utopia Village, the band’s debut EP, was a real hypnotic treasure, with tracks like “Swim” delivering an inescapable charm by the bucketload.

Now, 3 years on from their inception, the jam-loving trio (musical, not conserve) have conjured up another treat in their terrifically off-kilter debut Unforgettable. It’s a record that you can just let wash over you. Rhapsody Gonzalez’s vocals feel like silk draped across the tracks, particularly on the beautiful epic “Is It Gonna Rain”. There’s a self-assuredness that runs through the whole album, willing you to travel with it into those unknown corners.

With so many styles and genres sitting side by side, it feels like they might all clash, but they each, somehow, find their own space. Listen to the utterly beautiful piano solo that closes the title track, “Unforgettable”, and it’s surprising that the trio are self-taught and not classically trained. The skill on display, deftly weaving these melodies and rhythms together, is captivating.

But it’s also “Unforgettable”, alongside “Figure Me Out”, tha struggle to entirely reach the same highs as the rest of the album. Compare them to the lolloping R&B of “Sweet Child” or the swirling, funk-infused “To Be A Bird”, and you just don’t get enveloped in that same sort of magic. With such a jam-focussd creative process, it’s difficult to put your finger on what’s missing, but the spell just doesn’t settle in you in quite the same way.

All that being said, however, it’s hard to shake the spells that do settle. Whether it’s the sleek “Is It Gonna Rain” or the soaring “Keep Making Me Happy”, Unforgettable is an album that locks you in its grasp and drags you along on the utterly charming journey it sets out. Don’t try guess where Peluché are going next, simply follow their lead and experience the new worlds they carve out.