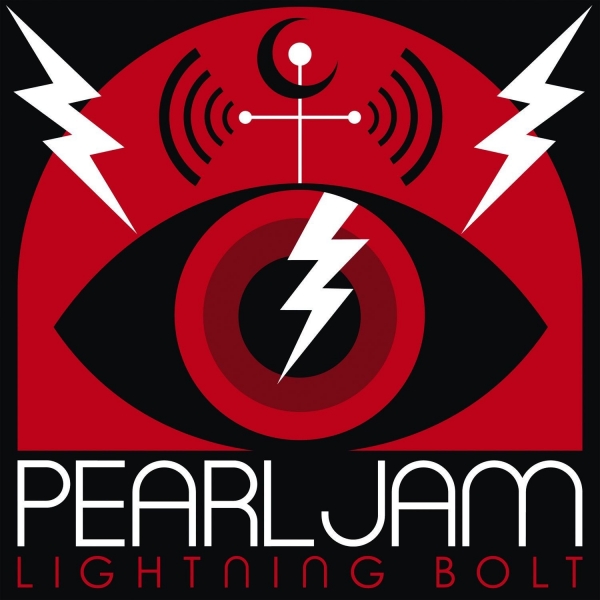 Thing is, the life-blood of Pearl Jam’s best music has been either a combination of tension and angst or outright anger (and sometimes both.) It’s the reason the only truly gripping music they’ve released since Yield was found on their self-titled album from 2006. On Pearl Jam, they were irate at the state of things and it showed. It was their angriest album – musically and lyrically – since Vs.

This, of course, is why Lightning Bolt, much like its predecessor Backspacer, stands in such stark contrast to PJ’s best work. That is to say, there’s no inherently bad songwriting here, but most of it isn’t particularly interesting, either. This ultimately becomes the chief complaint here: four years and this is the best they got? A collection of mid-tempo rockers that semi-lazily stomp around in an attempt to display maturity paired with half-cooked experimentalism? ‘Getaway,’ ‘My Father’s Son’ and the title track are all dad-rock in the worst way: lukewarm guitar licks over percussion that plods around without fear of waking the neighbours. Meanwhile, ‘Pendulum’ and ‘Infallible’ try to further extend the art-rock posturing of Binaural; neither fully succeeds.

It’s frustrating, then, that while few moments on Lightning are worthy enough to stand next to PJ’s classics, these songs are expertly structured and composed. ‘Mind Your Manners’ is about as punk as PJ’s been in twenty years (and easily the best single from them since ‘Life Wasted’), and the transition to its bridge is immaculate. Same goes for ‘Future Days’ and ‘Let The Records Play’. Both demonstrate more-than-capable knowledge of how to properly work a climax into a song. Yet, it doesn’t change the fact the melodies are largely uninspired. With the exception of ‘Sirens’ – the only song here that has a chance of inducted next to PJ’s finest – and ‘Manners,’ none of these songs are memorable.

More concerning, though, are the lyrics. Look, I get that Eddie can’t be the same pissed off pissed off frontman he was when he wrote ‘Animal’ or ‘Whipping,’ or channel the supremely confused eyes of a teenager who lived through ‘Alive.’ He’s pushing 50 and he seems happy these days, fine. But that doesn’t justify a lyric like, “All the demons came around, now I’m grateful they left”. He apparently forgot the rule of “show, don’t tell.” Even worse is, “To and fro, the pendulum throws/ we are here and then we go/ my shadow left me long ago.” Worst of all, though, is, “Round we go/where we stop, no one knows”. Yes, that’s an actual line from a Pearl Jam album. There are a couple of great lines – as with any PJ record – but they’re buried under barely-there effort and borderline-naive optimism.

Which brings me back to ‘Alive.’ There’s a telling moment during Pearl Jam’s episode of “Storytellers” when Eddie explains how the meaning of ‘Alive’ has changed over the years. For him, the song started out as a curse, but over time he watched audiences connect with the chorus and realized that maybe surviving is a victory in itself. “They lifted the curse,” he declares of his fans. He’s overcome pain, suffering, and trauma and come out on the other side. He seems almost well-adjusted, and good for him. Problem is, sometimes great art comes from great pain, and in Pearl Jam’s case you can’t have one without the other.