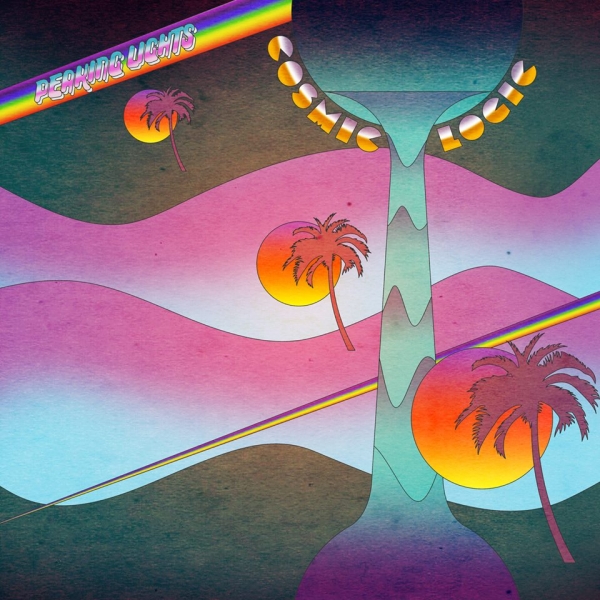 For a band who are so undeniably poppy, Peaking Lights draw influence from an impressively eclectic variety of places. Layered over their swampy, effortless brand of synth-pop are traces of dub, disco, house, psych and indie, and perhaps one of the reasons for their success may be their ability to incorporate these influences into a single cohesive, identifiable sound. On Cosmic Logic, they continue to exercise this ability, but occasionally forget to stretch it quite far enough.

“Infinite Trips” is a strong opener, occupying the more straightforward, guitar-band end of the duo’s spectrum. Underneath the kaleidoscopic synths and distracted vocals lies a song that’s almost garage rock, albeit one that is closer to the modern likes of Dum Dum Girls than the MC5. From then, though, the album settles into a very set groove. Disclosure-esque house-pop beats and detached vocals are the order of the day, and although Peaking Lights make a perfectly competent electro band, the static steadiness caused by the lack of change across the album’s eleven tracks does not suit them.

It’s not that Cosmic Logic is without invention, or even without several excellent moments; “Dreamquest” is irresistibly moody, and “Eyes to Sea” contains some fantastic vocal hooks that could find comfortable homes on The Knife’s Deep Cuts. It’s just that the album slips back into plodding, too-cool house a few times too often to sustain any real momentum. It’s a shame, because this tunes the listener out and obscures the record’s most interesting ideas. It’s telling that the most striking song is the last, “Tell Me Your Song”, not because it contains the album’s finest hooks (that award goes to “New Grrls”) or production, but because it’s the record’s clearest, most direct point. On a collection of tracks stuffed with bang-on-trend, four-on-the-floor beats buried beneath squelching bass and faraway vocals, it’s refreshing to hear a song without drums, heavy bass or, most importantly, self-consciousness.

There are plenty of great ideas here, and if you really listen, they’re not particularly hard to find. But it would be nice to be able to let an album like this simply wash over you, rather than be forced to pan for gold in its still, murky waters.