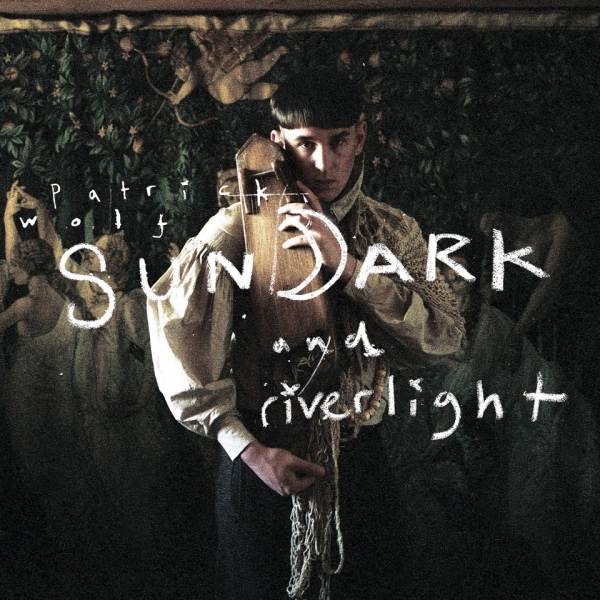 Patrick Wolf‘s music career is celebrating its 10th birthday this year (well, 9th, if you pedantically start the count at Lycanthropy‘s release date). Whilst Wolf hasn’t quite become a household name during this period, he’d probably hate the thought of being one in the first place. Sundark and Riverlight, a double-album featuring re-recordings of songs from various stages of his discography, marks this anniversary and acts as a reminder of some of his often underrated output.

Releasing his first EP at the age of 19, Wolf has been fairly prolific since and, despite his releases proving to be more eclectic in sound than one would initially have guessed they would go on to be, his songwriting has remained consistent in quality through the years. In fact, it would be fair to say that he is one of this country’s better musical authors, managing to add a poetic layer even to the most straightforward of pop songs.

‘Wind In The Wires’, the opening number on the new album and also the title track from Wolf’s 2005 near-masterpiece deftly demonstrates his gift as a lyricist. “Here comes a gale/A crippling anger/Sea birds are blown into the rocks/Grace is lost to thunder”, he sings. The song’s 2012 re-imagining might not dethrone the original’s majestic delicacy, but it is rewarded by its creator’s maturing in the intervening 7 years – Wolf himself recently admitting “my voice has grown with me”. His timbre and pronunciation of certain words ensure that the delivery cannot be mistaken with anyone else’s.

The stomping ‘Overture’ from 2007′s The Magic Position is remodelled as a graceful guitar ballad and ‘Magic Position’ itself is another worthy beneficiary of Wolf’s acoustic interpretation, taking it from sweeping pop and transforming it into a folky jig with only very few changes to the main elements of the original version. Similarly, ‘Bluebells’, from the same parent album, and the more recent cut, ‘Hard Times’, sound fresh and reinvigorated in their reincarnations. They are certainly among the glowing highlights on this record. Meanwhile, ‘Libertine’, which really ought to have been celebrated more widely when it first came out as a single, gains even more drama and gravitas with its new sonic apparel. It remains one of Wolf’s finest moments.

Sundark and Riverlight is the closest one can imagine Wolf coming to a “best-of” collection. “When I went to the studio I thought I was going to record a one-man solo album”, he is quoted explaining on the album’s press release, “but I started to dream and heard bassoons and bodhrans”. For what is also, essentially, his first acoustic record, Wolf chose to work with analogue equipment and he even borrowed Peter Gabriel’s Bosendorfer Grand for some of the recording sessions. The overall feel of the album is that of a warm, old-friend classic.

The only real low point on this otherwise admirable re-visit of the Wolf back-catalogue is ‘Vulture’, which didn’t manage to grab many first time round and, truth be told, still comes across as a bit of a misstep. Not even a complete make-over helps it ingratiate itself with the listener.

Ultimately, this release is, in all likelihood, aimed at long-term Wolf followers. Having said that, if you’ve never really bothered checking out his stuff before then Sundark and Riverlight may well be a good “in”, presenting as it does some of Wolf’s finest pennings, adorned with fairly sumptuous arrangements.