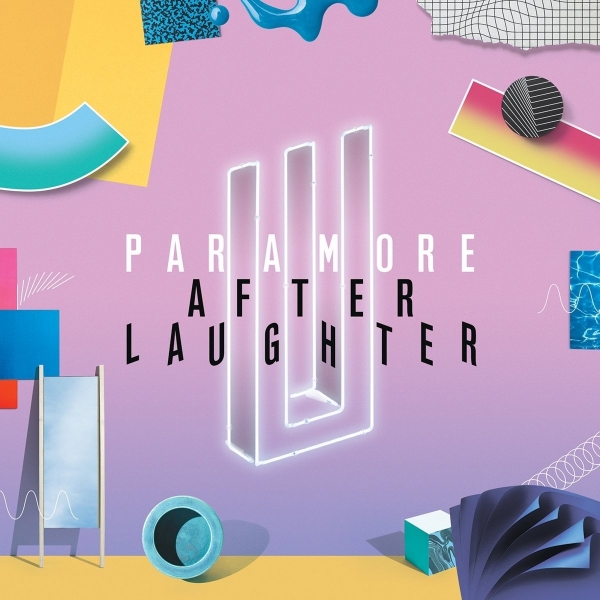 Since their 2013 self-titled album, it’s been clear Paramore are moving away from their pop-punk roots.

On their fifth release, After Laughter, it's finally happened. Once the cream of the noughties emo crop, the band have fully embraced chart-friendly, power-pop and these tracks are crammed with summery, tropical flourishes, eschewing spiky guitars for glistening synths. Single “Hard Times” sounds as breezy and carefree as an open-top convertible drive under a blue sky and swaying palm trees, complete with a field-filling chorus and a Duran Duran-esque funk lick lifted straight from the 80’s. Similarly, the shimmering guitar tones on “Forgiveness” recall Tears For Fears’ “Everybody Wants To Rule the World” and the catchy “Rose-Coloured Boy” is frolicking at the same pool party as Haim’s sun-kissed “Forever”. “Pool” actually incorporates what sounds like an ice cream van jingle.

While joy seems to be woven into the very fabric of this record, Paramore’s upward career trajectory has gone hand in hand with messy inner-band tensions and legal wranglings. In 2010, founding band members, guitarist Josh Farro and his brother, drummer Zac acrimoniously quit the group, publishing a blog that accused the band of being the “manufactured product of a major label” and essentially a vanity project for flame-haired chanteuse Hayley Williams. In 2015, original bassist Jeremy Davis also quit, embroiling the band in a legal dispute over royalties that’s still ongoing. Seven years on from his departure, fans will be delighted to see Josh is back in the fold, yet a sense of sadness pervades beneath After Laughter's playful, shimmering veneer and there’s no sugar-coating these lyrics which deal very plainly with mental health. “All that I want, is to wake up fine,” sings Hayley on “Hard Times” while later she sighs: “I been doing a good job of makin’ ‘em think I’m quite alright,” on “Fake Happy”, an anthem for modern times where life is so often played out through an Instagram filter. “No-one sees me when I crawl back underneath. If I smile with my teeth, I bet you believe me.”

Stripped of all their teenage angst, despite all its sunny hooks, After Laughter is a deep album with plenty to say. It’s easily the most honest and mature Paramore have sounded yet and also probably, one of the best pop albums you hear all year.