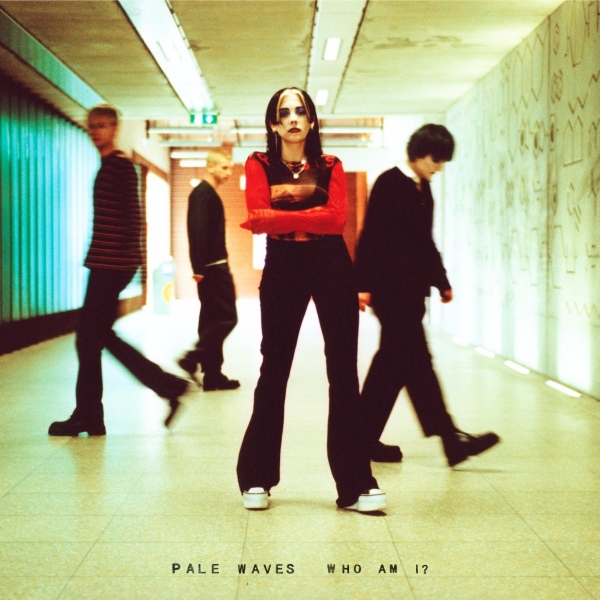 While the addictive, everblooming synth-pop of their debut album often found itself shrouded by the arguably apt comparisons to their Dirty Hit label-mates The 1975, Who Am I? finds Pale Waves trying on a grittier, pop-rock style for size.

With influences including early ‘00s icons like Alanis Morissette and Michelle Branch, as well as the most obvious comparison Avril Lavigne — who frontwoman Heather Baron-Gracie has been repeatedly citing as a massive inspiration for this record — the Manchester quartet’s new sound is well executed and joyously expressive, but offers little unique.

Third single “Easy” is a clear highlight and the biggest nod to their past work: a typically massive chorus intensified by pounding synths and Baron-Gracie’s instantly recognisable, aggressively lilted vocals. “Fall to Pieces” is the band’s best power ballad to date, “You Don’t Own Me” is a perfect pop-punk banger, and the band nurtures their softer side with touching, tender cuts like “Wish U Were Here” and “I Just Needed You” — rarely do the tracks run the risk of sounding too similar to each other.

Elsewhere on Who Am I?, Pale Waves open up and tackle larger topics than before such as mental health struggles, sexism, and coming into one’s queerness. Baron-Gracie’s newfound vocal acceptance of her own sexuality in their music has further positioned her as a vital figure for their legions of young queer fans; “She’s My Religion” is a watershed moment in their discography, being the first to feature Baron-Gracie using she/her pronouns to directly address her girlfriend.

Though more candid than before, the songwriting on Who Am I? can veer towards juvenile. “Run To” repeatedly trips over itself with clunky lines like “I’ll fall down and I’ll hit the ground / I miss having you around but I’m a big girl now”, and basic rhyme schemes are littered across the record. Many of these stumbles are redeemed by infectiously sticky melodies, which Baron-Gracie clearly has a knack for, and the band’s undeniable charisma that’s near impossible not to root for.

It’s clear that Pale Waves have a habit of wearing their influences on their sleeve a little too blatantly, though it’s done with a fervour that’s hard to resist. Who Am I? may be a sidestep on their journey to individuality — distancing themselves from comparisons to The 1975 by emulating Avril Lavigne isn’t exactly a foolproof plan — but for a band still early in their career, it’s another definite confirmation of their potential until they eventually carve out a niche of their own.