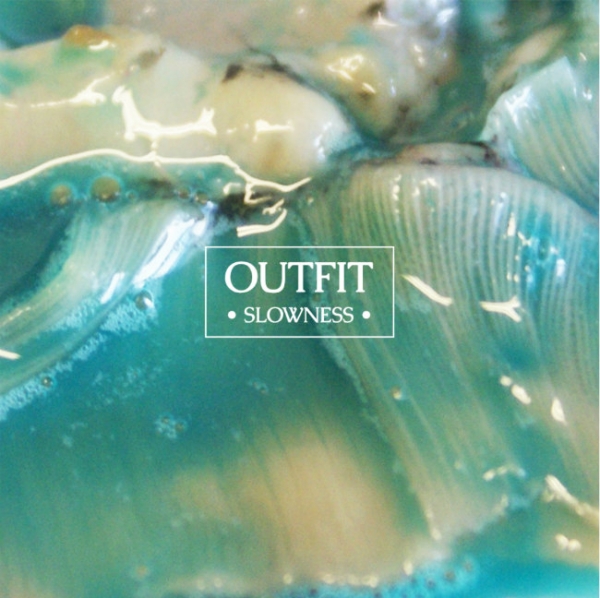 ​Liverpool’s five-piece Outfit have by now earned a name for themselves among Britain’s much-respected alternative pop bands such as Dutch Uncles and Everything Everything. Indeed, touring with the latter last year certainly helped spread their eerie tones and groovy rhythms to likeminded ears.

When circumstances meant they were to be spread over three cities - London, Liverpool, and New York - Outfit thus had something too special to let go in spite of the natural difficulties of long-distance. Recorded in intensive weeks together, then, the band’s second album Slowness sounds anything but rushed, but rather is a sophisticated and at times very touching development. ​

Opening the record is “New Air”, which from the beginning marks a fresh start for Outfit: "New air something different, feel it brushing your cheek". The track plays with the brittle, analogue sound of the piano and the possibilities of synth sounds, a contrast in a similar vein to that of Dutch Uncles. As the drums kick in to counter the syncopated synth trills its evident that the band still maintain their keen interest with rhythm experimentation, although the record itself has far less of a groove to it than previous releases such as the debut album Performance.

Instead Slowness, as its name suggest perhaps, makes way for more reflective pieces; the album’s title track, for instance, is an early highlight with its heartwarming melodies reminiscent of Death Cab For Cutie and delicious bass tones that bounces of the bright piano that seems to direct most of the album. At some moments, such as in “Genderless” and “Cold Light Home”, the tone even becomes quite haunting, and although this is mostly effective, at times it feels like the record needs a boost of life.

Thankfully, however, tracks such as “Smart Thing” keep Slowness from becoming too, well, slow. With its new wave bounce, the track has a motivational force to it, reflecting perhaps vocalist Andrew PM Hunt’s attempt to do the "right thing". Hunt and co. are certainly doing something right as the album certainly feels mature and coherent, and the magnificent ending of closer "Swam Out" is huge in confidence.

Slowness is not as instantly catchy as Outfit’s previous releases, but this should not deter listening from beginning to end; on the contrary, the record demands it. Peppered throughout are moments of great intimacy, not only through the lyrics but musically in moments such as at the end of “Boy”, where the brass seems to speak of its own accord in a beautifully painful reaction the piano’s chord sequences, reflecting the rawness of emotion that comes from the distances we must encounter in life.