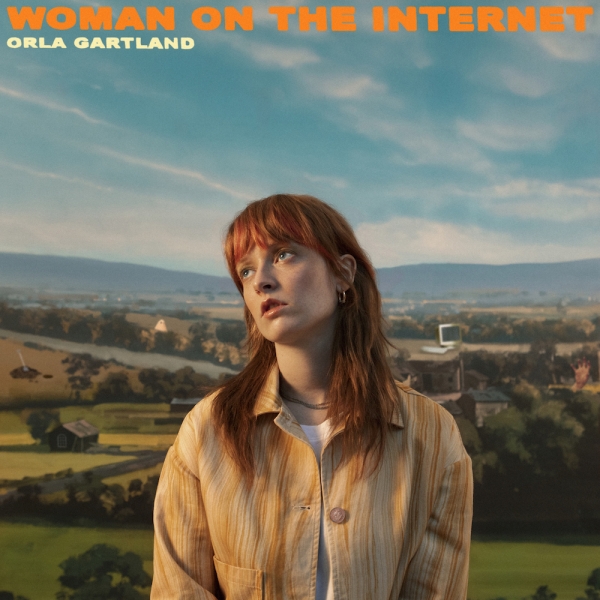 During her anthemic single, “Pretending”, Orla Gartland confesses, “I’m so fucking self-aware it’s exhausting”. It is tiring to be in your 20s in the age of social media, and Gartland manages to unknot these modern dilemmas with wit and transparency. Her debut attacks this existential chaos with pulsing synths, ticking drum patterns, and a collection of catchy, rocking indie pop that might just keep us afloat until our 30s.

Orla Gartland has come a long way since posting songs on YouTube at age 14. Her folky acoustic clippings later became heartfelt bedroom pop, aided by MIDI controllers and her bedroom desk. This blossomed into a string of singles and EPs, which culminated with Freckle Season’s varied set of alt-pop vignettes at the start of 2020. And now, with her debut album, it somehow feels like she’s only just begun.

Full of zeal, introspection, and synths, Woman on the Internet is a punchy debut that demands repeat listens.

“You’re Not Special, Babe” is three minutes of shimmering, bouncing, euphoric solidarity, as Gartland promises that your 20s are as messy as the next person’s. “Zombie!” and “Codependency” wrap their defiant choruses in messy punk and distorted guitars, while “Do You Mind” buries regretful heartache under clipped percussion and muffled woody acoustics. Gartland proves she can find equally irresistible melodies along most of the sonic avenues she ventures down.

Some, though, are dead ends. The opener, “Things That I’ve Learned”, is redolent of Fiona Apple’s sharp edges, and its mechanical tempo ends up feeling like an obstacle to Gartland’s naturally melodic inclinations. But while every moment may not work, this album is very easy to forgive.

Given Woman on the Internet sounds like it believes in itself, it's little surprise to find Gartland playing such a big role in her own production. Every arrangement sounds like it’s garnished with flecks of her personality, and the results are infectious, even when the tempo slows.

Between the jittery pop and ascending rock rhythms, Gartland finds stillness. “Madison” lets her vocals flex over an acoustic ballad, and with the question: “Do you ever think about me / Just pouring my heart out?”, her pain feels tangible. “I’m so tired of dreaming” is an equally aching confession on “Left Behind”, a patient piano ballad that evokes the woozy, gentle folk of Laura Marling. One of Gartland’s greatest assets is knowing how to make music that comforts.

The album title refers to a “nameless, faceless figure” who gives Gartland advice when she feels “truly lost.” But, with Woman on the Internet, she doesn’t sound lost at all. It’s been clear for a while, but this album will smother any doubt: Gartland herself is no longer just a woman on the internet. She’s a glistening popstar; a proficient musician; a scrupulous producer. Orla Gartland is exactly where she’s meant to be.