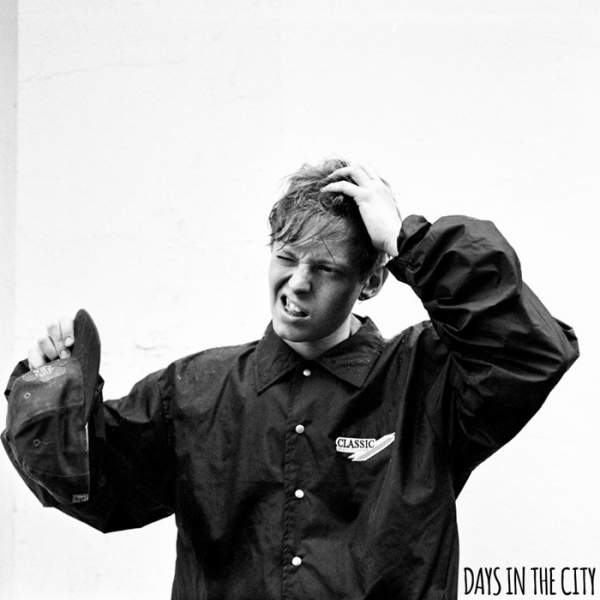 Going under the name Only Real can be interpreted in two ways. One is that the music that’ll emerge from such an esteemed epithet will be just that – ‘only real’ - unique, original and without precedent. Or, maybe we could take it as some ironic poke at hip-hop’s obsession with ‘the genuine article’. It’s fair to assume that his real name and real experiences relate to nothing of what Jay Z meant when he rapped, ‘that’s why they feel me in the favellas of Brazil/and Waterhouse ’cause real recognise real’. Ladies and Gentlemen, introducing… Niall Gavin.

On Days in the City, it’s the latter interpretation that rings truest. Despite the dissimilarity in experience, Gavin is a product of the post-genre generation, appearing to meld hip-hop influences (no matter how distant to his reality the genre may be) with 90s rock with relative ease – something that we witnessed on 2012′s ‘Cadillac Girl’ and ‘Backseat Kissers’. On this EP, Galvin attempts to situate his hip-hop influences with his reality lyrically, while providing a 90s jangly-pop backdrop to his London city tales.

Opening with ‘Punks and Potions’, it’s a track that could be confused with Mac DeMarco because of it’s retro-pop feel. But the lyrics quickly assure us that this track isn’t about love song to an ex girlfriend or about his favourite brand of cigarettes. Instead it’s a pretty limp attempt at him being a voice of his generation; we need nothing’ he spits with a London drawl, ‘we choose to be like this’. The problem isn’t the validity of the statement but that it’s not particularly affecting – which is a problem that keenly runs throughout the EP. With such a strong and vigorous voice, it doesn’t really make the listener want to truly engage with his post-double dip recession musings.

As easily as he slips in, he slips out of self-importance into something that is at best, simple and at worst vacuous on the EP’s lead single, ‘Get It On’. There’s nothing wrong with cute, comical backing vocals, and songs that remind of avid and fun newness of teenage sexuality, but the song matches the momentary fun of it, before life happens and reputations come into play. The track is like a sugar rush – a quick high followed by a pretty stark low.

Seemingly inspired by the spacey sound of My Bloody Valentine, ‘Lemonade’ features swirling guitars, background coos and stomping drums that immediately draws up an image of some long haired shoe gazing 90s indie rock star. In fact, it’s basically impossible to get this image out of your head, it’s impossible to differentiate him in any meaningful way despite the track being tethered to Galvin’s casual rap-like flow and London jargon.

The EP reads like a patchwork of sounds. The final number ‘Graduation’, with its slow-burning melancholy, is meant to represent the comedown at the end of a blissful, fun filled summer. From swooshing 90s guitar rock to his rap acumen, he obviously has a deference for that sound and vision that Jamie T has become synonymous with. A deference only – that’s where the comparison should end. Because, while Jamie T carved out a niche for himself, forming properly emulsified sounds, rich textures and engaging lyrics, Gavin’s showing on Days in The City is everything but notable and nothing but distinctly average.