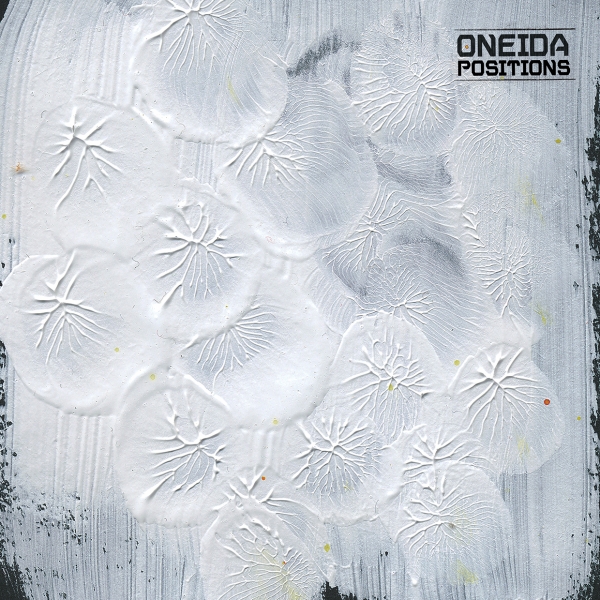 If you didn’t already understand Brooklyn experimental noise rockers Oneida (or quite why they’re named after First Nation people of America), Positions won’t help you.

The EP is the third and final instalment of Rocket Recordings’ ‘Rocket Shop Exclusive’ series of releases, and premieres one original composition sandwiched between two covers. It’s a perplexing taster menu of the band’s habitually abstruse sonic milieu, and showcases them at their most engaging and their most trying.

The first of these covers is a rendition of This Heat’s shouty learning-by-rote Latin lesson “S.P.Q.R”, shaking with the adolescent exuberance of every sixth form gig you ever attended and impressively simulated by a band more accustomed these days to tinkering with antique electronic instruments. Where the original casts aside its gladius after three and a half minutes, Oneida turn the track into a swirl of psychedelia, the group revelling in its giddy poetry: “We are all Romans / We live to regret it / We are all Romans / We know all about straight roads / Every straight road leads home / Home to Rome”.

It’s an effective distillation of what later becomes a loose conglomeration of textures and minimalist noise rock on “All Data Lost”, another cover – this time of the 1978 Chrome cut – that is once more stretched on the rack by Oneida and which spills its entrails over 16 minutes. The kernel of the EP is new song “Under Whose Sword”, a slumbering prog soundscape somewhat less oppressive and infernal than was heard on 2012’s A List of the Burning Mountains. Its tendrils curl out from a metronomic guitar loop, and the pervasive lament of its synthesisers is dizzying.

Positions is very much an EP ‘special release’ and as might be expected lacks the navigable scope and scale of A List… or the smouldering repetitious arrangements of Absolute II. It’s much more a vessel for experimentation and, as a consequence, has a tendency at times to seem self-interested at the expense of cohesion. All the component parts of Oneida are still here, but they’re colliding and overlapping without killer intent. That may well be the idea, but the band know they can do it – and have done it – better.