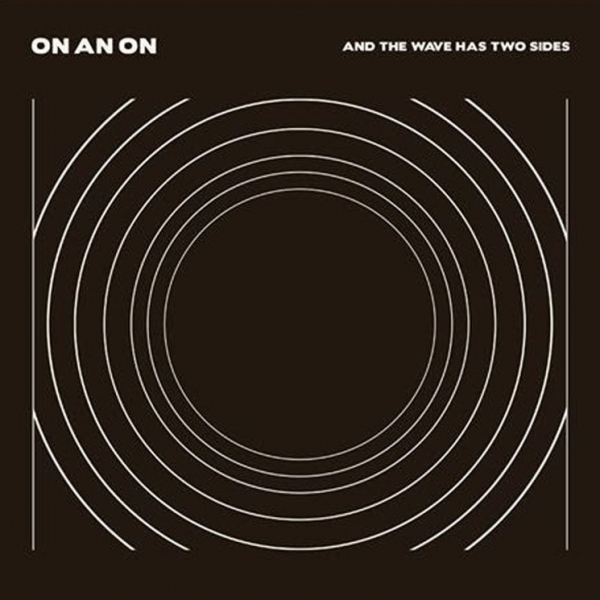 Let’s face it - break-ups are hard. They have a habit of leaving a nasty mess behind that no one really wants to clear up. Kudos, then, to Minneapolis trio ON AN ON for deciding to keep things going after the breakup of their former incarnation Scattered Trees, who split back in 2012 after nearly a decade of output.

If ON AN ON’s last album Give In served as a bridge between the sturdy, folksy side of their previous band and a more pop orientated direction, And The Wave Has Two Sides sees them blasting away any remnants of this and charging headlong into the shiny world of the would-be mainstream.

“Icon Love” sees the band firmly plant their flag in the territory of B.I.G. choruses as the track shimmers with stacks of layered guitar and harmonies that explode intermittently like a series of chunky pop neutron bombs.

“Alright Alright” has all the hallmarks of a song tailored for maximum radio friendly impact and comes complete with an impossibly catchy hook and sing-along chorus. It’s just unfortunate that all the polished production has made the track lose any interesting edge it could have otherwise had.

The mid-point of the album delivers the undisputed highlight: “Drifting”. The song slowly emerges from its ethereal beginnings as the steady build of wobbly, echo chamber synths give way to a pacing onslaught of compressed beats that sound like Bon Iver reimagined through the prism of 90s trip-hop.

But the last half of the record is a bit of a sonic dead-zone where it seems as though the band are simply trying to fill in the otherwise empty space. The plodding “Wait For The Kill” is shot through with so much 80s nostalgia it could be buried in a Mr. Mister B-side collection, and the strange, funk-orientated “You Were So Scared” jars with the rest of the tracks on the album, after which, things drift completely.

And The Wave Has Two Sides may be severely front-loaded, but it sees ON AN ON offer up a handful of songs that appear to be a genuine attempt to take a stride towards some sort of commercial success. Currently however, the misses outnumber the hits.