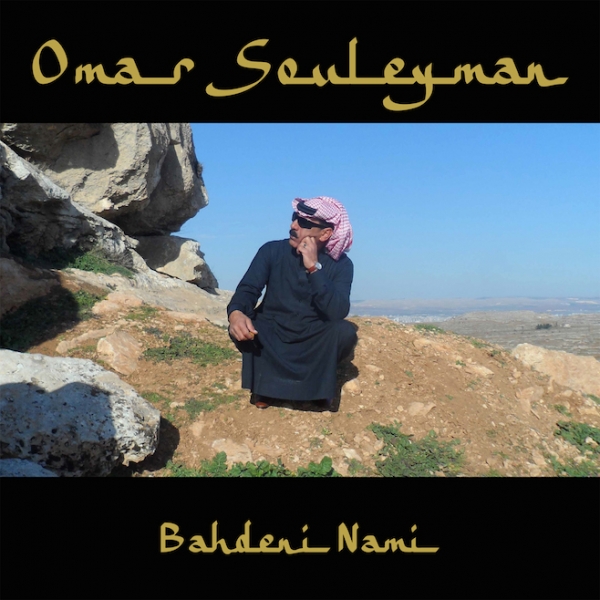 With dialogue synonymous of The Simpsons’ cultural prowess in Season 7, Marge and Homer search for the essence of “cool”. They linger upon the conceptions of how it’s cool not to care, or to be square; and how one actually knows they are “cool”. Bart affirms that in the end one has to be told, otherwise “how would you know?”.

In the press release for Bahdeni Nami, Modeselektor called Omar Souleyman “the coolest man on the planet”. A title, entirely deserved. For with Bahdeni Nami, Souleyman, who has spoken eloquently regarding the sadness he feels associated with the strife and conflict within his native Syria, gives nothing but love and joy back. That is cool.

Battling the heartache caused by the turmoil, Souleyman continues on Bahdeni Nami to create his idiosyncratic style of dabke, which incorporates several styles from surrounding regions, such as Iraqi Choubi.

As legend dictates, his style was honed over years of performances at weddings, where he sang improvised poetic tales of love and heartache. With no solution, and a dislike for politics, Bahdeni Nami’s lyrics again focus on the universal emotion - love. Over the course of it’s six (original) songs, Souleyman’s lyrics feature supplicatory verses to the women who steal his heart; declarations of eternal love; and pleas to his lover to sleep in his arms forever.

Reunited with his favourite poet, Ahmad Alsamer (who penned the frantic “Shift Al Mani”), the lyrics, even when translated, maintain their poetic beauty. The Four Tet produced title track for example, contains the affecting, “my heart loved you and left me helpless”.

The success of Bahdeni Nami pivots delicately on the fact that it never sinks into novelty, pastiche or fetishisation of Arab culture. The enviable list of producers on duty, which includes Four Tet (who produced Souleyman’s first official studio record Wenu Wenu), Gilles Peterson and Modeselektor, lovingly and respectfully bring their own interpretation to Souleyman’s unique sound and enable clarity within his digital simulacra.

The use of several producers, in a way, mirrors the structure of Souleyman’s previous compilations and bootlegs, which would be formed from a plethora of recordings from wedding performances. Each had their own recording quality as well as performance style, as Souleyman would cater to the region he was performing in.

Amongst the hectic party music, a slower ballad (“Darb El Hawa”) and a traditional mawal (“Mawal Menzal”) can be found. It affirms the careful collaboration and curation of Souleyman’s music by Western musicians and/or record labels. With this in mind it is alarming to see the record close with a contradictory and incongruous Legowelt Remix. Although mimicking the call-and-response vocal/instrumentation duels of the preceding tracks, the remix sees cosmic, acid synths replace the expected instrumentation, whilst Souleyman’s vocal is heavily processed with echo and reverb. It unfortunately moves against an ethos, which has lovingly captured the chaotic, spirited atmosphere of Souleyman’s dabke. The Legowelt remix may have been better placed alongside the forthcoming remix from Black Lips’ Cole Alexander.

For those who are familiar with Souleyman’s work, there may be nothing particularly new sonically on Bahdeni Nami. Regardless, it still remains a dizzying and exhilarating affair, preserving Souleyman’s power as an artist and performer. With a veritable who’s who list of producers on offer, it would have been easy to lose focus on Souleyman and his inimitable style. He undoubtedly though remains the star of the show. Souleyman brings the party, all you have to do is let the coolest man on this planet into your home.