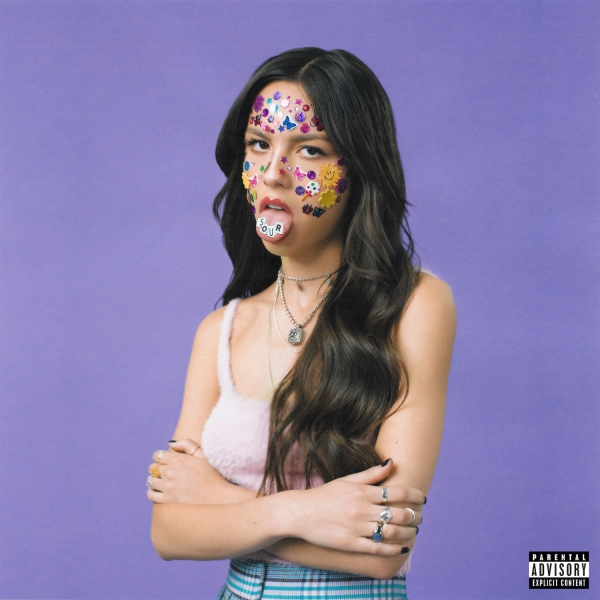 It took three full listens of SOUR, the debut album from Olivia Rodrigo, for me to burst into tears.

After listening to the album a third time, ruminating on my own past heartbreaks, the lyrics of the raucous “good 4 u” came into my mind. Rodrigo’s clawing cynicism was determined to squeeze out any emotions I was hiding: “I’ve lost my mind, I’ve spent the night / Cryin’ on the floor of my bathroom / But you’re so unaffected, I really don’t get it / But I guess good for you.” What else could I do in that moment but give in to the uncontained devastation Rodrigo was pouring out for me?

The cathartic grunge of “good 4 u” may not have existed if it weren’t for the runaway success of Rodrigo’s first tearjerker, “drivers license”. Released on the first Friday of the new year, it rose from the embers of a global realization that the turning of a new year would not magically erase our suffering. Looking back, it’s no surprise the song struck a chord with millions of listeners, catapulting it to the top of the Billboard Hot 100 and the UK Singles Chart and staying there for eight and nine weeks, respectively.

However, it surprised Rodrigo enough to expand the EP she had been planning with her label into a full album, recording “good 4 u” in the process. It would normally be a risky move for an artist just beginning to break out of their Disney shell (Rodrigo starred in Disney Channel’s Bizaardvark for three seasons before moving onto Disney+’s High School Musical: The Musical: The Series), but in the case of SOUR, it pays off.

Rodrigo has talked extensively about her musical influences in interviews, ranging from other young bedroom pop stars like Gracie Abrams and Billie Eilish, to ‘90s and ‘00s alt-rock pioneers such as The White Stripes and The Smashing Pumpkins. And, of course, there is the singer’s love for the lyrical rawness of Taylor Swift (who she happened to meet at The BRITs last week). Like many of her Gen Z cohort, Rodrigo’s music swerves from conventional genre lines to account for her wide taste. You hear it in SOUR’s opener, “brutal,” which begins with a grand, cinematic overture that is abruptly halted by Rodrigo: “I want it to be, like, messy,” she’s heard telling her producer. The song obliges, diving headfirst into a soundscape of fuzzy power chords and distorted screaming as Rodrigo beats herself down, inflicting the worst of teenage self-burns: “I’m not cool and I’m not smart / And I can’t even parallel park.”

There is, unsurprisingly, gentler material too, on SOUR, but even the softest of songs have a resemblance to their punk-rock counterparts. Rodrigo has studied songcraft for years, and the dedication shows delightfully in her recorded material, not even counting the dozens of song demos she posts on Instagram and TikTok (“drivers license” came from one such demo, another snippet called “happier” has also made its way to SOUR). She has a knack for building tension, crescendoing her voice and emoting her words to a point where it almost rings as euphoric. On “traitor,” she scathingly belts out her fury to an ex (“You betrayed me / ‘Cause I know that you’ll never feel sorry”); The penultimate “favorite crime” soars with lament by its end when Rodrigo sings its chorus up an octave (“All the things I did just so I could call you mine”).

SOUR’s production helps here too, with producer and co-writer Dan Nigro acting as a perfect complement to Rodrigo’s musical vision. He aids her soft rises with delicate vocal layering and orchestral-sounding synths, dropping them off at the perfect moment for Rodrigo to get a final word in with a lovelorn whisper.

Most of SOUR is centered around heartbreak, an easily guessed revelation given the many rumors surrounding Rodrigo’s love life. In the album’s closer, “hope ur ok,” she moves away from spoiled romance, instead reminiscing on the hardships of old friends and wishing them well. I cried listening to this song too, the reminder of our unnerving global loneliness hitting all too close. “Oh God I hope that you’re happier today,” Rodrigo sings pleadingly, “‘Cause I love you and I hope that you’re okay.” For all the fake and painful declarations of love that Rodrigo makes throughout SOUR, this one feels the most sincere.