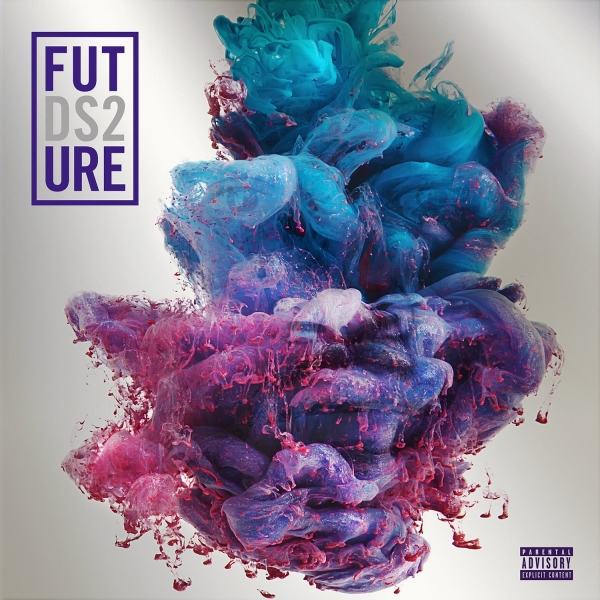 From Monster to Beast Mode to 56 Nights and now on his third studio album DS2 (as in Dirty Sprite 2, the original being his 2010 mixtape Dirty Sprite), Future is riding a seemingly unstoppable and forever-cresting wave of great music. Imagine if Lil Wayne had released Tha Carter III—and it hadn’t been a mess—immediately after Da Drought 3 and you’d get an idea of the hot streak that Future is on.

That mixtape hot streak came in the wake of Future’s releasing his second album, Honest, and his fiancee, the R&B singer Ciara, leaving him shortly after the birth of their son when she allegedly discovered that Future had been cheating on her. The breakup was jarring to fans: we were watching Ciara dance to “Move That Dope” looking like she could give birth any minute just a day before we heard she was leaving him. Then Honest comes out and it’s filled with love songs (don’t call them love songs) and Future is competing with Kanye on “I Won” over who loves his girl more. Honest was considered a failure commercially and critically, although I think that album is pretty underrated. The next thing we heard was Future’s reaction to his break-up, a nasty song called “Pussy Overrated” that put him in the most unlikable light possible. Suddenly it looked like he was heading nowhere good.

If his lyrics are to be believed, Future is probably still headed nowhere good, but he has been making some truly amazing music since that moment. From the first moment after Honest, Future has been giving us the most nihilistic possible take on money (“$10 million cash/fuck a friend”), drug use (“I just took a piss and saw some codeine coming out”), sex (“Made a ho eat a ho cuz she a broke ho”), and violence (“I can’t believe the blood ain’t on my shirt/because he got hit close range”), delivered without any winks and a minimum of wordplay. But somehow, miraculously, from beneath the garble of codeine cough syrup and through an ocean of autotune, real humanity comes through. There’s a real person under there, there’s real pain. And that’s not to say that DS2 is great because it’s sad. ‘Blow a Bag’ or ‘Fuck Up Some Commas’ or basically any track on DS2 goes hard. You can listen to it at maximum possible volume in your car or at a club and it’s lit, but at the right moment you can also hear Future’s otherworldly delivery, part robot, part human, and feel deeply for him. In the best moments you feel like partying and crying at the same damn time.

There’s a formula and DS2 doesn’t stray far from it. The only guest is Drake, who shows up on “Where Ya At” to trade chant like verses (each line begins with “Where ya ass was at”) a la Juvenile’s “Ha,” a trick that Future employed to slightly better effect with Juvenile himself on Beast Mode’s “Aintchu.” Almost all of the production is handled by Atlanta gods Metro Boomin and Southside with some Zaytoven mixed in, and their tracks provide the perfect frame for Future’s rapping. The basic template is minor key keyboard figures that wander in and out while faster drums churn in between deep, anchoring bass. Although it’s not as ubiquitous as on 56 Nights, the crazy siren sound, the one that crescendos to a shriek before bleeding quickly back into the ether, is back. The cumulative effect is spooky and desolate, much like Future’s auto-tuned voice

This is a good time to take a moment to remember Jay-Z’s 2009 “D.O.A (Death of Autotune).” What seemed  to be merely out of touch and embarrassing at the time effectively turned out to be a self-written (without a pen) eulogy for Jay’s great career. All of what Jay-Z stood against as a conservative cultural force--new sounds, new fashion, a new moment in hip-hop, autotune--has lead to the most interesting things happening in rap for the past half-decade. And autotune, instead of dying, has been the mode of choice for a lot of the best music made by some of the best artists of our time: peak Lil Wayne, Kanye, and now it’s time to put Future in that pantheon. In fact, it’s been time. DS2 isn’t necessarily Future’s the height of his hot streak-that’s 56 Nights in my opinion--and his studio debut Pluto was pretty great, so DS2 might not even be his best album. But DS2 is a uniformly awesome album, remarkable for the singularity of its vision, and it comes at absolutely the right time, when all eyes are on Future. He’s earned all the attention and adulation and now with his new album Future has delivered. DS2 is his moment.