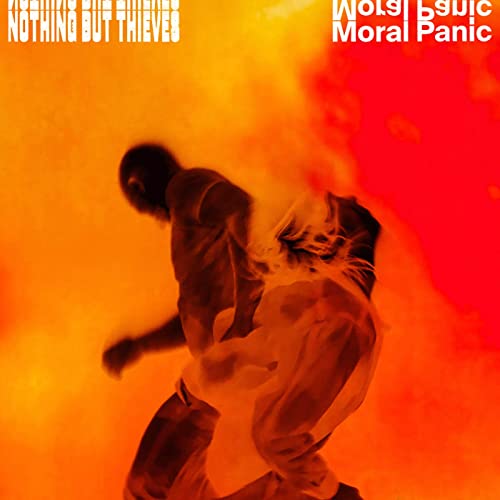 There’s a lot going on in the world right now. Pandemic aside, there’s also widespread political unrest, climate change, racial injustice and an overall global mental health crisis. It’s almost like Nothing But Thieves predicted how bad things were going to get with their third album Moral Panic. Here, they tackle all emotions varying from rage, frustration, and disparity at everything that’s going on, and yet, the whole record was written way before even March.

The whole album is a deep dive into the dregs of the world. It’s an ode to everything that’s deeply messed up; protruding in its lyricism and upbeat alt-rock sensibilities an almost too-close-to-home kind of dystopia, and the anguish and turmoil that comes with it. The first single, “Is Everybody Going Crazy?”, provided an initial taster of this very concept, as frontman Conor Mason remarks: “The world just spins / And in this wounded / Sinister place / We’ve only got each other”.

“Can You Afford To Be An Individual?”, by the same token, is an overt criticism of Trump’s America and all of the extremities that come under his leadership. That said, not all of the songs are potent symbols of perturbations and deep social commentaries. On the other side of the coin, “Impossible” and “Real Love Song” exude a raw, visceral energy - but in a different calibre. The former, for example, is the complete antithesis of everything else on the album, providing an emotional release that eers more on the side of hope and possibility.

With how dark the world is right now, Moral Panic almost makes you want to be dark with it. Somewhere in the combination of the album’s dramatic, heavy riffs and revealing lyrics, there’s a depth to the artistry that depicts both the political criticisms that sit at its crux, as well as the band’s trademark alt-rock sound. Whatever it is, you can be sure that from the first listen it’ll undeniably be a cathartic experience, and an exciting new chapter for one of today’s most refreshing indie bands.