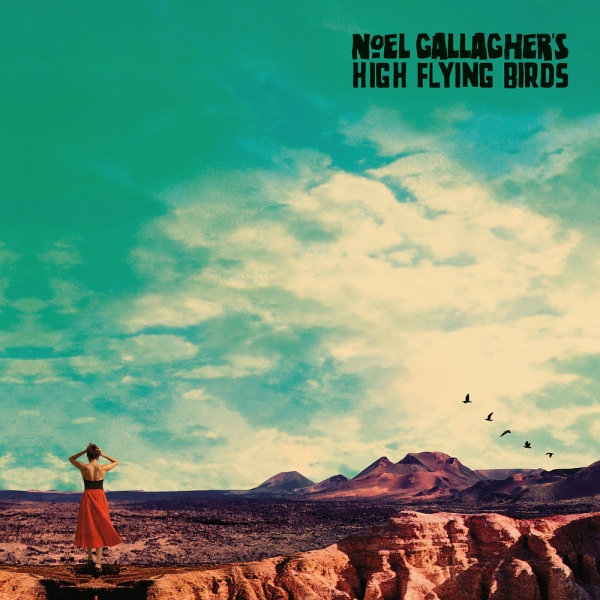 Noel Gallagher’s sternest critics usually present his appropriation of The Beatles as Exhibit A when accusing him of lacking originality.

Ironically, perhaps the two most direct rip-offs of John Lennon’s songwriting in Gallagher’s catalogue to date came not with Oasis, but in what should ostensibly have been considerably more experimental territory. The brace of tracks on which he collaborated with The Chemical Brothers in the nineties, “Setting Sun” and “Let Forever Be”, both owed colossal debts to “Tomorrow Never Knows”, particularly in terms of percussion. Gallagher would return to that same cresting wave of rolling drums for “Falling Down” in 2009, which proved to be Oasis’ final single as well as one of their strongest late-period efforts. Those Chemicals songs, meanwhile, rank favourably in Gallagher’s oeuvre at twenty years’ distance.

All of which is to say that his brief forays into more experimental territory had been successful, and yet it seemed he had little desire to dig further down that rabbit hole, which was more down to his belief in sticking to what he knew than because his knowledge and appreciation of spacier fare than his own was lacking. Still, in the wake of Oasis’ dissolution, signs that the split was beginning to open him up to new ideas began to emerge, not least at the press conference at which he announced his self-titled debut under the High Flying Birds moniker; at the same time, he confirmed plans to release a second record, made in collaboration with psychedelic duo Amorphous Androgynous, that would range “from vaudeville to space jazz to krautrock, and [be] as out-there as The Dark Side of the Moon”.

The producers of that album had seen the same potential in “Falling Down” as many others - their 22-minute remix of it had kicked off the collaboration - but the mooted full-length never materialised, with Gallagher’s destruction of the masters as clear a sign as he could have sent about his dissatisfaction with them. For their part, Amorphous accused Gallagher of bottling it, perhaps liking the idea of sonic weirdness more than the reality; as the pair’s Gaz Cobain told The Guardian in 2015: “I believe ours is the album people wanted him to make – a liberated, exploratory Noel Gallagher, cutting loose from Oasis, enjoying his freedom; the Noel who name-drops our Monstrous Bubble albums and krautrock, and who had hits with The Chemical Brothers. He obviously loves that kind of music, but has no idea how to make it.”

The second High Flying Birds record, though, suggested otherwise, particularly on “Riverman” and “The Right Stuff”. The latter track, woozy and sax-flecked, was born out of the Amorphous sessions, but the former had him doing all his own stunts, piecing together obvious touchstones from his past - The Beatles and “Wonderwall” - and infusing them with Nick Drake to produce something that, actually, did bear comparison to Pink Floyd. The sense of disappointment at how crushingly milquetoast the rest of Chasing Yesterday turned out was only compounded by these never-more-frustrating flashes of potential.

The news that David Holmes was behind the desk for the sessions for this third solo LP, then, offered fresh hope that Gallagher was finally ready to jump in somewhere close to the deep end. Holmes’ work, which spans solo records, remixes and, most prominently, a slew of movie soundtracks, is primarily concerned with electronic textures and he’s seldom shied away from psychedelic territory. His fingerprints are all over Who Built the Moon?, and he’s clearly hit it off both personally and musically with Gallagher: perhaps it was a case, all along, of him simply needing the right person to be the one giving him the push.

“Fort Knox”, in opening the record, sets the tone, marrying Holmes’ dramatic cinematic sensibilities to the kaleidoscopic take on dance-rock that defined Gallagher’s favourite Creation Records album, Primal Scream’s Screamadelica; it’s a stage-setting pump-up, the same way “Fuckin’ in the Bushes” was on Standing on the Shoulder of Giants. The concrete proof of genuine progression comes later; “Holy Mountain” is a brass-fuelled stomper that Gallagher veritably snarls his way through, whilst “Be Careful What You Wish For” is at the other end of the atmospheric spectrum, pitching up somewhere between blissed-out soul and the ominous slink of trip hop, like a nuanced blend of Spiritualized and Portishead.

Any concerns that Who Built the Moon? might flatter to deceive the same way that Chasing Yesterday did are put to bed by track four; “Keep on Reaching”’s infectious groove is immediately followed by “It’s a Beautiful World”, which caused a stir on Later...with Jools Holland when Charlotte Marionneau of Le Volume Courbe joined Gallagher on stage to play the scissors; her considerably more telling contribution, of course, is her impassioned spoken word part towards the track’s conclusion - a turn that could so easily have seemed gimmicky or tacked-on, but that instead helps to underline both the record’s sense of experimental urgency and the filmic qualities that Holmes lends to it.

Who Built the Moon? does falter a little on the back half, and you wonder whether Gallagher chose to bookend “If Love Is the Law” and “The Man Who Built the Moon” with a couple of two-minute instrumentals because he knew that, as the most straightforward tracks on the record, they might need a little bit of eccentric accentuation. The former, in fairness, creeps up on you, with a harmonica solo that’s far more effective than it has any right to be, but the latter - along with “Black and White Sunshine” - provides one of only a couple of glimpses of the High Flying Birds of old.

It speaks volumes that the two most formulaic tracks on a Noel Gallagher album are the ones that stick out like proverbial sore thumbs; previously, they would be the rule and not the exception, and that’s a conclusion that would cover any given Oasis record, too. It’d be wrong to lavish him with too many medals for bravery for Who Built the Moon?, not least because he can absolutely afford to fail; a catastrophic critical and commercial reception would hardly have landed him down the soup kitchen next week, or indeed in empty arenas come next April. It’ll doubtless polarise his core fanbase, but amongst those who recognised his capacity for following an exploratory bent as far back as “Setting Sun” in 1996, the response will be a pithy one - “about time”.