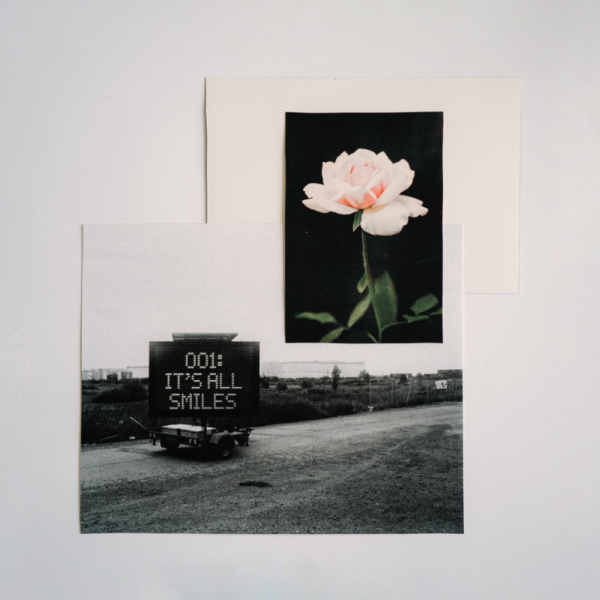 Born in Manila, Guendoline Rome Viray Gomez has become No Rome, a modern artist combining Garage Electronic and R&B Shoegaze who is comfortably entering the Pop scene. Rome started playing music as a teenager, coming from a family of musicians, and he is now a close collaborator of renowned artists/groups like The 1975, Brockhampton and Charli XCX.

Since he is signed to Dirty Hit, a UK outsider label, No Rome is also developing his solo career, working as a polyvalent artist (singer-songwriter-producer). After two promising EPs, he's now launched into the adventure of It's All Smiles -a very personal first album. It's All Smiles retraces episodes of his life, including the period of lockdown that forced him to stop touring and return to his native country. No Rome thus plunged into his own universe as if to draw up a sort of balance sheet of his thoughts.

The album was born from a process that goes back a few years, since he had not even arrived in London yet that he had started to write some songs of it. No Rome wanted to offer a first album as if it was his last. Accompanied by DJ Burton (producer for the likes of Kanye West andBon Iver) and drummer George Daniel (The 1975) to co-produce and reflect on this first opus. It's All Smiles is carried by the love of electronic music as well as by more rock inspirations.

Unlike the previous EPs, this project is more distorted and less airy, in order to put forward all the emotion of its author. We find poignant songs, often very sentimental, which are articulated around a complex work of textures and structures, which allows its signature to resonate as personal. This is also the reason why there are no guests featured on the tracks.

It's All Smiles is concluded as a kind of rollercoaster where you go from one emotion to another. Each piece stands out and completes itself thanks to the voluntary transitions. "ITS *NOT* LOV33 (Winter In London)" gives the impression of being stuck in a storm with a destructured industrial sound, while "When She Comes Around" is a melancholic indie rock ballad. Finally, "Remember November / Bitcrush*Yr*Life" and "Everything" emerge through the sweetness of the author's vocals that intertwine with the lively frenzy of the electronic keys. It's All Smiles is an experience that can be appreciated all the more on an end-to-end listening.