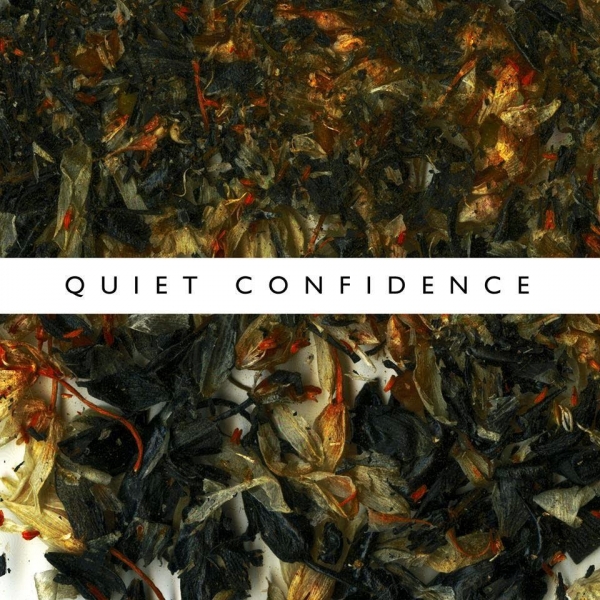 Hopefully a Pokemon reference, Ninetails are a Liverpudlian trio whose late 2012 EP Slept but Did Not Sleep was restlessly ambitious, experimental and angular, but didn’t quite propel them into mainstream consciousness. Not that it matters much, as Quiet Confidence is such an emphatic next step that it will now be both difficult and myopic to ignore them.

As reference points go, Quiet Confidence occupies the kind of space left by an early Wild Beasts or, say, a less over-hyped alt-J. Exhibiting the kind of multi-instrumentalism, fluid song structures and panache to pull off so many different timbres and musical ideas in one song means Ninetails are wonderfully resistant to categorisation, and the more alluring for it – they’re already almost as defined in their own sound as the aforementioned.

Opening track “Radiant Hex” opens with a soulful vocal sample, some reversed guitar and a dab of piano – it’s an ambient touch that would as comfortably cue up a minimalist electro thumper as the softly sung, delicious alt-pop that does follow. The addition of horns and the kind of restrained guitar licks that require a deceptively mature song-writing hand set “Radiant Hex” up as an almost impossibly strong act for the other five tracks to follow, but follow hot on its heels they do.

“An Aria” for example is slower to ramp up but by its mid point is sultry, beguiling, almost a lazy, hazy jam, and it oozes class. Blending into “O for Two” makes for a particularly slow-burning core of an album, but it’s dense enough to lose yourself in before “Quiet Confidence/Pure Utopian Moment” drops some Son Lux-esque dissonance and incongruous guitars underlined by a melodic, melancholy vocal counter point that absolutely nails it down. There are brief moments when it feels like the album would benefit from a distinct change-up in dynamics but each track is self-sufficient enough to bear it. There is instead a very strong motif running throughout of understated, slightly formless vocals paired with fey and richly textured arrangements. Ninetails clearly draw on a diverse range of influences and have the (quiet) courage never to dwell overlong on a musical theme or melody – it makes repeat listens necessary and addictive.

Rarely has an album’s title so perfectly and happily corresponded to the milieu of such an early effort. At 33 minutes it’s almost a second EP or debut mini-album. But regardless, placed next to their last offering it’s just that bit more consonant, a downtempo, eclectic gem that fulfils all the promise Slept and Did Not Sleep hinted at. Quiet Confidence has the consistency and pace of molasses and as instrumental album closer “Sinn Djinn” abruptly wraps up its outro, I am left, for better or worse, desperately wanting more.