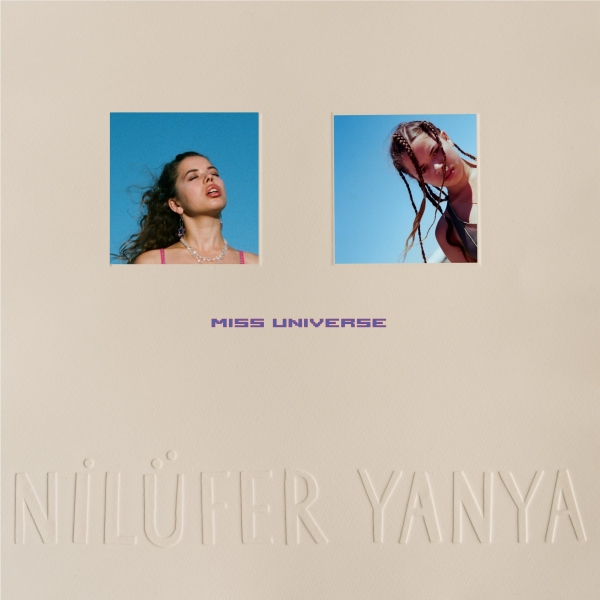 Meet Miss Universe. Chirpy, well informed and, most importantly, ready to guide you through your experience.

“We are here for you. We care for you. We worry about you. So you don’t have to”, she explains as your introduction to "WWAY HEALTH" begins. But something’s wrong. Her voice keeps clipping. She sometimes slips in odd and worrying phrases, going at such a speed it’s near impossible to parse what you’re about to enter. Towards the end of your time, she implores you to “please give up”. Welcome to WWAY HEALTH.

Just like the Tour Guide on A Tribe Called Quest’s Midnight Marauders, with a touch of HAL 3000, Miss Universe is the unreliable narrator taking you through Nilüfer Yanya’s debut, Miss Universe. Driven by this 24/7 wellness program, satirising the “get fit quick” schemes peddled by Instagram influencers, Miss Universe explores the anxieties and personal realisations that emerge in a world where you’re constantly being told to improve yourself.

Yanya leans into imperfections and builds something beautiful in its own right, above and beyond the sum of its parts. As she flicks from smooth as silk lounge jazz (the gorgeous album highlight “Paradise”) to scuzzy indie rock (“In Your Head”), by way of a track inspired by Kelis’ karaoke masterpiece “Millionaire”, Miss Universe happily lets these disparate elements rub up against each other to see what sparks might fly.

And sparks sure do fly. Each song feels like a trip into Yanya’s tangled psyche, each one vital to the whole narrative of the album like little short stories threaded together. Her ability to express mood, whether it be the utter chaos of self-doubt or the sparseness of melancholy, through unusual but entrancing tones is exciting.

As album closer “Heavyweight Champion of the World” comes to an explosively head, it feels like an acceptance that putting yourself first is the most important move, even if it seems difficult. That declaration to “please give up”, though from the mouth of a slightly malevolent AI, now doesn’t seem like a negative one.

It’s a feat in itself that Yanya has managed to make an album of 17 tracks, running at almost an hour, where every single song feels essential. Not only that, but the minute “Heavyweight Champion of the World” comes to a close, you can quite easily get drawn in for another listen from the top.

But the true majesty is just what those 17 tracks stand for. Miss Universe is where the fictional feels more real than what we see everyday. It builds a space where the constant judgement of the every day world is blocked out. For Yanya, this is a masterful debut that, like a tasting menu, looks jarring on paper but, in practice, is tantalising, surprising and undoubtedly impressive.