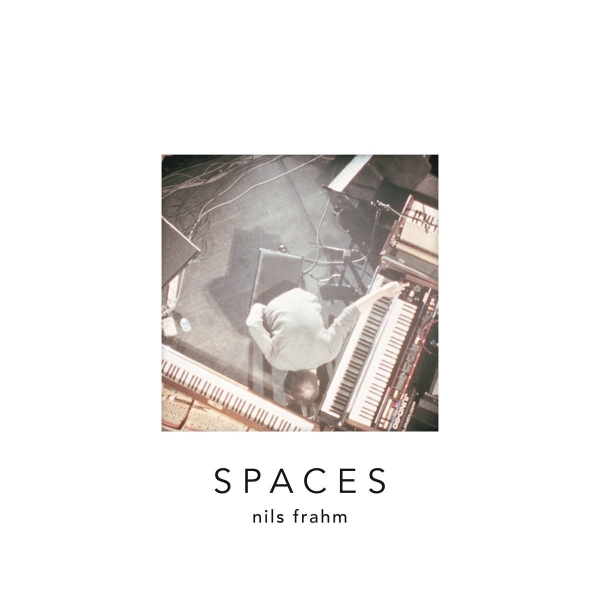 Over the years the live album has had something of a checkered reputation, and with just cause: too often these things can represent the low point in an artists catalogue, throwaway releases that do little for anyone but the hardcore fan-base or serve as a memento for those who attended the shows in question. Yet, when done well they can capture artists at the peak of their powers in a way that a studio record never can.

For his latest album Spaces, Nils Frahm selected recordings taken from over thirty live performances over a two year period, finally selecting takes and mixing them into what he refers to as “ a field recording project than a live record.”

Looking back at Frahm’s previous work reveals an artist whose music feeds on the situation he finds himself in: the deadening of the piano keys for Felt (2011) and the minimal 9 fingered meditations of Screws (2012) saw Frahm twist and adapt to his circumstances, with each creak, echo or imperfection adding a layer of intimacy to his already accomplished playing. For this record the situation of each individual recording, the titular spaces themselves and the actions and reactions of the people in them provide the inspiration, limitations and tones for Frahm to work within.

As well as the playing, the recording medium itself also adds to the development of the sounds, be it the warmth of the reel-to-reel, tape or more hi-tech desk recordings. “Improvisation For Piano, Laughs, Coughs and A Cell Phone” showcases the coming together of all these disparate elements to a tee- Frahm’s percussive piano builds and sways as the reverberating notes fill the space, swell and eventually give way to more gentle, meditative notes, interspersed with coughs and scrapes from the audience. As the piece comes towards its climax, the silence is punctuated by the muffled ring of a cellphone and nervous laughter. The ringing momentarily breaks the tension of the piece, but in doing so serves as an intimate, collective moment. In his liner notes, Frahm credits it as a the piece that inspired the whole project, and it is easy to understand why.

Elsewhere on the record Frahm showcases the diversity of his playing, with inspired re-workings and meditations on material from Juno, Felt, The Bells and more, exploring minimal piano, toilet-brush percussion, hypnotic arpeggios and more as pieces flow into one another freely. Particular highlights are the shifting extended take on “Said and Done” and the increasingly euphoric synthesized patterns of the previously unreleased “Says”.

In the sleeve notes for Screws Frahm stated “Playing piano and playing it for wonderful people is the greatest joy I can imagine”. On Spaces it is abundantly clear that this remains the case: there is a vitality and clarity of spirit present here that is at once immediate, intimate and irresistible.