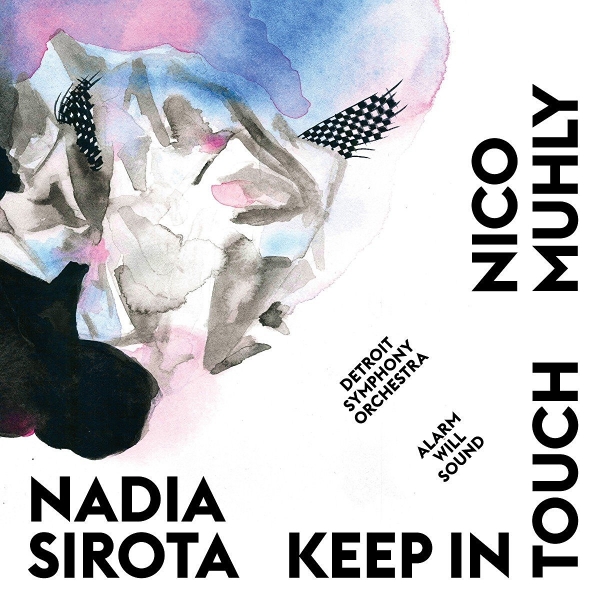 Nico Muhly is a composer of his time: connected, mobile, visible. Certainly not befitting any Romantic notion of the artiste sequestered away from the world, hurriedly scratching away at some manuscript paper.

Fittingly, his music confronts some particularly modern anxieties: "Keep in Touch", the piece (now ten years old) which lends its name to this new release for Reykjavik label Bedroom Community, speaks to the difficulty of maintaining relationships in a world of airport terminals and public Wi-Fi, the necessity of ensuring at least a virtual presence where a physical alternative may be impossible.

"Keep in Touch" (here repurposed by percussionist Chris Thompson of Alarm Will Sound) isn’t necessarily even the main attraction on this release – that accolade goes to the sprawling, intricately constructed Viola Concerto. But the long-lasting artistic relationship upon which it was predicated, that between Muhly and violist Nadia Sirota, is the constant that runs throughout this half-hour of contemporary classical music.

If there were to be some grand statement of what the two are capable of, then the Viola Concerto is certainly it. Sirota’s playing is precise and energetic, stepping up to the hefty demands of the piece gamely. No mean feat: Muhly’s writing flits between gruelling double-stopped passages, frenetic shredding, and more lyrical lines with feverish intent. When not challenging Sirota, Muhly structures the drama exquisitely: a dramatic, panoramic turn at the apex of the second movement proving a particular highlight.

This was a piece of music commissioned by a conglomerate of orchestras and artistic bodies, but this is hardly music borne of transactional circumstances. This thing was getting written, and writ large, sooner or later. A celebration of a lasting artistic relationship - and, you presume, friendship - embodied in an inventive and thrilling pairing of works, viola front-and-centre throughout.