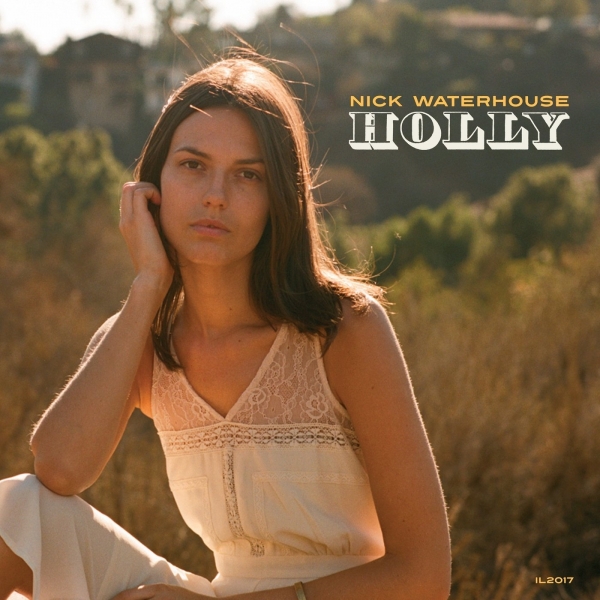 Back in 2012 Nick Waterhouse announced himself with the release of Time’s All Gone, a raw re-imagining of late 50s and early 60s R’n’B. Featuring shimmering tambourines, girl-group backing vocals from the Naturelles, and insistent horns all packed into a little over half an hour. His carefully studied production perfectly evoked a particular time and space, taking control of every detail, even mastering the record to mono on the lathe from Gold Star Studios that had been used by Phil Spector and The Beach Boys. Later in the year Waterhouse took the controls for Innovative Leisure label mates The Allah-Las acclaimed self titled record.

Skip forward to 2014 and Holly finds Waterhouse sharing production duties with Kevin Augunas (The Black Keys, Cold War Kids) While many of the influences remain the same, the record shows a development and refinement of Waterhouse’s initial blueprint. Together the producers have succeeded in widening the sonic pallette, introducing a slicker, more polished sound. While the influence of Booker T and Ray Charles still loom large throughout the record, particularly on the rolling organ lines of album highlight “Dead Room”, Waterhouse also allows himself the room to slow things down a little and take things in a smoother direction, revealing a smooth, bluesy croon on album closer “Hands On The Clock”, with phrasing that nods to another of his admitted influences Van Morrison. Elsewhere the swinging “Well It’s Fine” calls to mind the kind of early 60s Jazz infused R’n’B that Georgie Fame and his Blue Flames used to do so well.

As well as his own material, Holly finds Waterhouse taking on songs by heroes and friends, some of whom also feature on the record. First up is his take on long time friend and collaborator Ty Segall’s sprawling “It #3” Waterhouse strips the track of its drawn out distorted fuzz guitar and rebuilds it around a reconstituted version of the drum break, adding hammond swells, insistent piano stabs a winding surf guitar line and a smoky jazz-piano solo. Waterhouse claims Segall is “psyched” by the results, and well he might be. He follows this with an bluesy reworking of Mose Allison’s “Let It Come Down”, complete with gospel backing vocals and distinctive “spy guitar” reverbed tremolo sound. The album also contains a brave re-working of Young Holt Trio’s “Ain’t There Something Money Can’t Buy” that strips the track of its signature rolling piano (as featured on Gang Starr’s “Lovesick (John Waddell Upbeat Mix)” , providing space for Waterhouse to cut loose with some searing guitar work and some fine organ flaring.

The production on Holly is clean and crisp, the taught backing serving as a counterpoint to the frequent moments where the guitar or organ are allowed to cut loose. Vocally Waterhouse seems higher in the mix than previously, and for the most part finds him favouring a smooth croon over the more raucous and distorted delivery of Time’s All Gone. That isn’t to say the live-wire energy hasn’t continued however, and the energetic growl makes an appearance on the album’s title track and again on “This Is A Game” which finds him setting the dance-floor on fire, with its insistent horn motif, rolling rhythms punctuated by visceral guitar breaks and flowing organ solos. There’s a primal urgency to the track, a fact that is emphasised by Waterhouse’s lupine howl before the track ending organ solo.

Fusing together the influences of his formative years in the Orange County Garage Rock scene, the vintage soul and funk records he sold in Rooky Ricardo’s Haight Street Record store in San Francisco and his surroundings in Los Angeles Waterhouse and his cohorts, including Magic Band member JT Thomas, Ty Segall, jazz pianist/organist Larry Goldings, Anthony Polizzi and Andres Renteria have built on the blueprint of Time’s All Gone and delivered a more confident, refined record that will have heads nodding, feet tapping and dance-floors buzzing for many years to come.