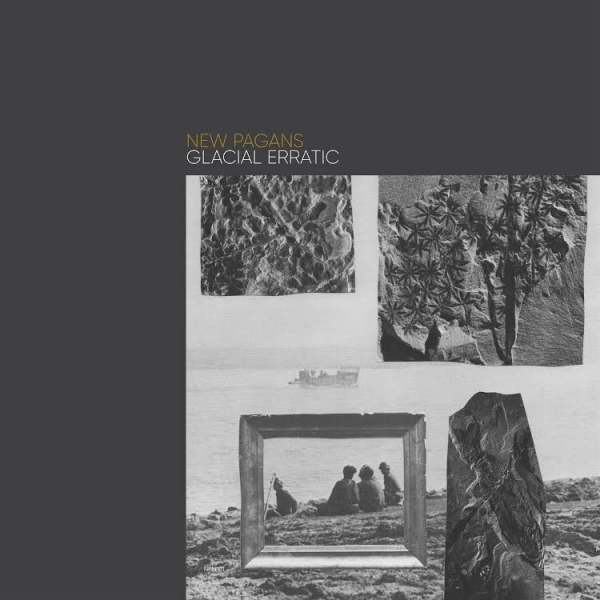 Soundtracking the world surrounding them with rapturously large tunes, on New Pagans debut outing Glacial Erratic, they’re a vibrant force to be reckoned with.

Instigating a whirlwind around the emotional and societal, the newcomers bring you something to help reckon with the crazy ride called life, and a Northern Irish twinkling eye to boot.

From the moment Lyndsey McDougall snarls “your demand for perfection is disturbing” on opener “It’s Darker” - the cadence biting enough so the sentiment sinks deep and you feel attacked in the best way possible - it’s abundantly clear New Pagans aren’t here to take any prisoners.

Consistently darting around, drawing edges to show their gritted teeth, while a delicate earthiness balances in the onslaught, the melodies ring euphoric through the jaggedness. Holding the beating heart of New Pagans in its determined hand, Glacial Erratic will as easily drive you forward with intense adrenaline as it will hover, holding back the aggression till just the right moment.

“If I Die” brings out searing guitar solos as McDougall howls at its most climactic moment, “Charlie Has A Face Of A Saint” begins with a drudge before turning into a power-house, similarly for “Bloody Soil” with its unifying-call chorus. The most tender moment comes from “Admire”, with a questioning “Is love as graceless as it seems?” Ringing in the chorus, its gentle heartbeat still roaring with fire.

There are certainly elements of that scream Wolf Alice, Pixies et al but that would be doing the new DNA New Pagans are building for themselves.

Most of the tracks across Glacial Erratic are from recent years, closer "Lily Yeats" has been kicking around since 2016, but has the exact same way about it as the rest of its companions. New Pagans are that special kind of band who’ve discovered a formula that contains a sound quite unlike any other while giving you enough familiar surface area to cling to, and words that dart out with a relatable emotion hook rooted in the mundanity of life.

With only six tracks to pack a punch, New Pagans never waste a snarling moment, and there’s nothing glacial about it.