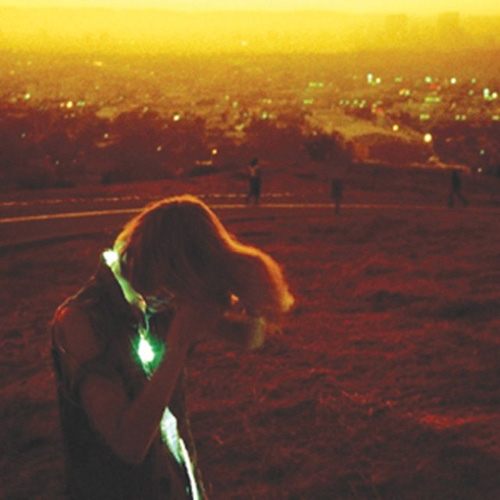 Mexican-born, Texas-based Alan Palomo and his Neon Indian project have been taking a little bit of flak in the last few months. Along with the likes of Washed Out and Toro Y Moi, Neon Indian rode the crest of the chillwave last year, inviting criticism in 2011 after that particular sub-genre went from loved to loathed seemingly overnight. Chillwave was always an oppressive, overly specific descriptor though, and the majority of its most recognisable progenitors quickly left it behind by expanding their sound, building solid sets of electronica with enough depth to defy the accusations of superficiality made by indignant critics.

With his second album Era Extraña, Palomo likewise proves that he’s more than a collection of bleeps and blips that happened to come along at the right time. While Neon Indian’s first LP Psychic Chasms was home to a number of woozy summer anthems, for every ‘Deadbeat Summer’ there were a couple of unremarkable tracks that seemed to pass by like ships in the night. For its follow-up, Palomo has honed his tools and brought a sense of Technicolor spectacle and emotion to his synth-driven songcraft. In fact, the title track’s Blade Runner bass line and screeching electronic overlay have a great deal more in common with M83’s epic soundscapes than Palomo’s own somewhat detached debut. ‘Halogen (I Could Be A Shadow)’ blasts through its four minutes backed by a monumental wall of powerful, bouncy electronics, while ‘Fallout’ sounds like a ten-tonne chopper taking to the sky in slow motion, with a chorus of 80s guitars soundtracking the take-off. The immediacy and instant dancefloor-worthiness of most of the album’s tracks is a side of Neon Indian we haven’t seen before, made all the more exciting for Palomo’s obvious knack for it.

Era Extraña generally buries Palomo’s lyrics under six feet of synth so it’s tough to get a line on the specifics of his tracks, but it’s clear from the consistency of tone that he’s put a great deal of thought into making all the songs hum along to the same themes. While M83’s Saturdays = Youth, one of this album’s closest touchstones, harks back to some mythical 80s high school experience, Era Extraña paints the lovesick sentiment of teenage school daze onto a futuristic landscape. All the familiar emotional beats are there, even down to the three evenly spaced interludes ‘Heart: Attack’, ‘Heart: Decay’ and ‘Heart: Release’ that seem to track break-up, misery and recovery as the album progresses. But the whirring electronics and futurist synths tie everything to a subtly sci-fi universe, one in which Palomo can explore the link between digital connectivity and finding human connection. A few snatches of lyrics suggest a yearning for physical contact in a wireless world that offers anything but. “Old stars, I follow them nowhere, they follow me too”, he pines on the LCD Soundsystem-inflected ‘Suns Irrupt’, and the waves of shoegaze fuzz on ‘The Blindside Kiss’ hide aching lines like “Highway glare, nearly there/ But cold fronts and frigid stares/ Keep you from there”.

Although Era Extraña offers this futuresick underlay for those who care to rip up the flooring and find it, the fact remains that this is an infectious, accessible electro-pop album first and foremost. Palomo has added new layers to his songs while simultaneously making them catchier and even more fun to flop around to on the dancefloor. In the process, he’s joined the growing list of ex-chillwavers now releasing second albums that are leaving that awkward sub-genre in the past.