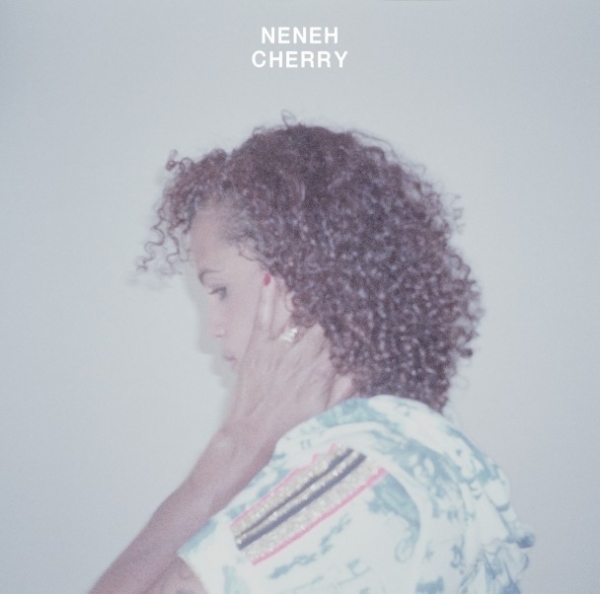 It almost sounds like she’s making up for the last eighteen years of silence as the singer lists, across ten tracks, taxes, family, London, New York, sidewalks, “crack smoking hussies”, domestics and countless other subjects. The singer? Swedish-born, London/NY/Stockholm based, staggeringly talented Neneh Cherry, who I didn’t even realise I missed quite so much until I got to the end of her new album, Blank Project, and immediately pressed play to hear its brilliance again.

1996’s Man, best known for the rather fine single “Woman”, was the last time we heard a Cherry solo album and she only surfaced again thanks to 2012’s collaboration with The Thing, That Cherry Thing. Should we be surprised, though? This is someone who has always done her own thing, a free-spirited punk who briefly joined late-period Slits, spent time in post-punks Rip Rig + Panic before launching a solo career in 1989 with the unforgettable “Buffalo Stance”. Raw Like Sushi remains pop-dance gold, while Homebrew and Man showed that Cherry, for better or worse, wasn’t willing to toe the industry line. And that’s perhaps why it’s taken eighteen years for us to get back to hearing Cherry at her best. Although much of the intervening period has been based around raising a family, Cherry has insisted she’s stayed creative…and to be honest the sound of Blank Project couldn’t just have come out of nowhere….could it?

Produced by Kieran Hebden, performed by synth and drum duo RocketNumberNine and recorded in a five day burst of creativity, Blank Project is a rough and ready, powerful, flawed, intense and ultimately wonderful record. It benefits from Hebden both pulling back on any production tricks or treatments and trusting Cherry and the musicians that their near-improvisational sketches would turn into fully-formed songs. Whilst she’s got good company, it’s Cherry that’s the star; her voice has aged like a fine wine and still holds that punk attitude edge that heard her sound just the right side of cocky back on “Buffalo Stance”.

As the spare percussive taps of “Across the Water” begins the record, it’s clear Cherry no longer needs snappy production or bright visuals added to what she does: she lives and breathes these songs through a voice that’s honest and as true as you can get. She delivers lines about the death of her mother and concern for her children in what seems like an improvised, on-the-spot fashion, and her vocals are right there, whispering in your ear in the sultriest way imaginable. It’s a subdued opening, and doesn’t prepare you for the thunder that heralds the title track; as Cherry passionately sings about her menstrual cycle and arguments with long-time partner and collaborator Cameron McVey (“on the 28th day/he is my victim/he is my saviour/he breaks my fall”) huge drums batter all around her and the fuzziest bass that wouldn’t sound out of place on Maxinquaye shakes every bone in your body.

“Naked” gives more than a passing nod to “7 Seconds” but updates with skittering electro and house-y piano stabs, while “Spit Three Times” brings the slow jams and is warm and enveloping despite lyrics that point to mental health issues, superstition and obsession. The scuzzy jazz-rock of “Weightless” changes the pace brilliantly (and has excellent clattering cowbell), “Cynical” is an electric and lively drum and bass breakdown that leads into the beautifully judged ambient balladry of “Bullshit”.

Just as you think the album might fade away, up pops fellow Swede Robyn for a guest spot on a club banger tinged with melancholy. Without Neneh, we wouldn’t have Robyn, and here Cherry guides Ms Carlsson through like a wise older sibling, effortlessly trading lines on “Out of the Black”, a track that gives the back end of the album even more impetus than the first half. That sets us up for a final salvo of tracks that make Blank Project close to perfect; “Dossier” is little more than Cherry’s voice and the sound of drumsticks on rims before it explodes into a funky-as-hell chorus that finally, finally lets Cherry riff with a bit of sassy rapping like it’s 1989 all over again. Final track “Everything” is, well, everything: seven minutes of RocketNumberNine bringing all their tricks to the table, Cherry scat-singing whatever comes to mind, stumbling over a line or two, giggling at one point…but it’s all committed to tape in one glorious take. Honest, pure, raw…whatever, man. It’s fucking amazing.

And what else can you say about Blank Project? It really is a stunning record, a completely unexpected treat and an album of the year contender, no doubt. It just leaves one question…Neneh, girl, why did you have to keep us waiting nearly twenty years for this?