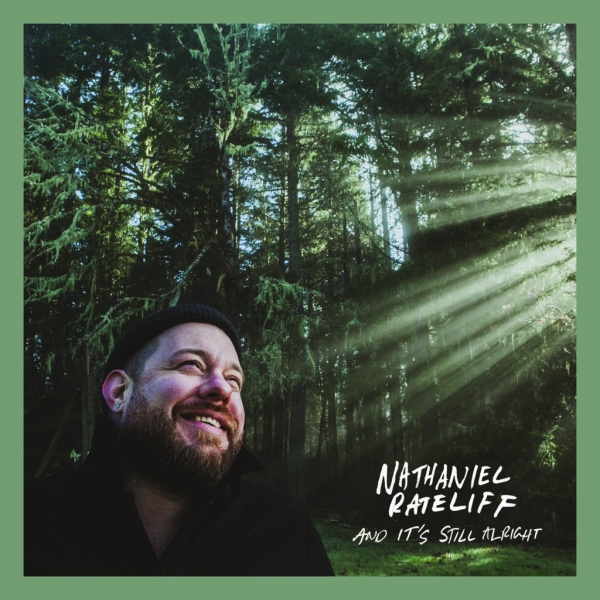 Over the last few years Denver singer-songwriter Nathaniel Rateliff’s been doing the rounds with his Night Sweats in tow, and together they’ve been soundtracking wild, rambunctious bar-melees as much as they have tender moments of reflection with their brand of swaggering, heartfelt, brass-backed bluesy soul.

This time around Rateliff’s stepped away from the filled-out sound of the Night Sweats. He’s stripped things back for his new solo album And It’s Still Alright, a product of a turbulent 2018 which saw him divorce his wife and lose a close friend in Richard Swift – the man who’d helped Rateliff find that Night Sweats sound, ultimately rejuvenating the near down-and-out troubadour. And while a life-event double-whammy of that standard would make even the strongest of us want to crawl into a hole, curl up, and never come out again, Rateliff’s picked himself up and dusted himself down, channelling his emotions into a batch of songs that help him process the pain he’s felt.

A general hush blankets the majority of …Still Alright, giving it the feel of an intimate confessional. Slide guitars weep over the top of gently, mutedly strummed guitar, as on opener “What A Drag” and the title-track that follows it. “Tonight #2” is hymn-like in its floating, airy composition, all fluttering guitar, sweeping strings, and cavernous backing vocals of cathartic whoa’s, as Rateliff tries to “find a way to let it all sink in”. On “Time Stands”, the hush lifts, and the chorus of “Time stands in a duel / And I stand for you” is sung from the bottom of Rateliff’s heart, as everything he’s been bottling up comes out in one guttural bellow of a release.

But Rateliff saves his true outpouring of emotion for the closing track “Rush On”, a bare and skeletal lament; the sound of grief, mourning and sadness all rolled into one. Rateliff is “remembering all the laughter”, sounding uncharacteristically despondent, and eventually, his lament explodes into full-on wailing and sobbing in the bridge, followed by a piercing guitar solo that cuts through Rateliff’s veil of hurt and despair.

A divorce, and the loss of a close friend. They’re two life events that come with their fair share of sorrow and pain. As source material, they could translate into an album weighed down with bleak, dispirited ugliness. Instead, Rateliff’s faced those feelings head-on and come out the other side with a meaningful album full of subtle beauty, and one that’s buoyed by the prevailing feeling of hope; hope that things will still be alright.