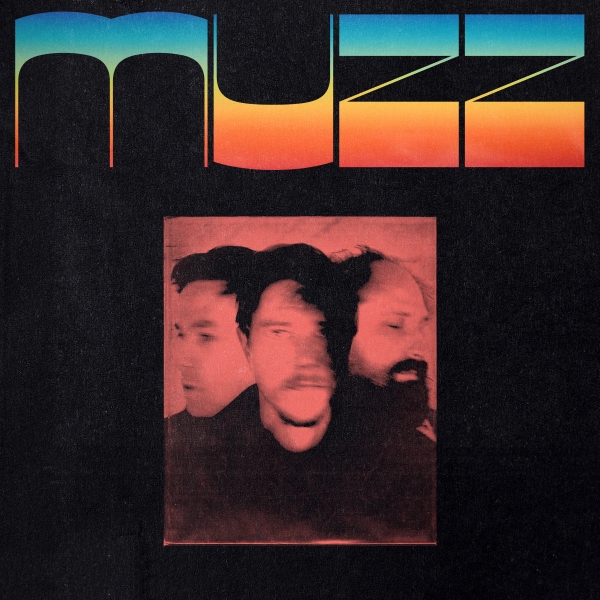 You’ve probably not heard of Muzz before.

But it’s safe to say that you’ve probably heard of either the three guys that comprise the group, or the bands they’ve played with in the past. As the lead singer of noir post-punkers Interpol, Paul Banks is the household name among the trio. You’ll probably be familiar with Matt Barrick’s work too though, being the drummer in The Walkmen, and having toured with Fleet Foxes. And Josh Kaufman, well, he’s a multi-instrumentalist and producer, who’s worked with artists like The National, Josh Ritter, The War On Drugs, and The Hold Steady. It’s very likely you’ve heard of some of them…

The trio go way back, especially Banks and Kaufman, who went to high school together before both, separately, settled down in New York. Once there, they individually crossed paths with Barrick on numerous occasions, since they were all rolling in the same circles. One thing led to another, and they were soon helping each other out on individual projects, and eventually, Barrick and Banks even bought a studio together in Philadelphia. They had a chemistry, it couldn’t be ignored, so the three managed to find the time in and around their other commitments and started writing original material together over the years, in different practice spaces and studios.

And so Muzz came into being, both the band and the record – which sounds absolutely exquisite. There’s moments that wash over you in a gorgeous warmth, like when the saxophones unfurl at the end of sparse opener “Bad Feeling”, or when “Evergreen” moves to its sparkling chorus; and others that pick you up in their blustery swirl, like “Red Western Sky” and “Knuckleduster”. All over, there’s a beautifully rich texture on display – the fuzzy synth bubbling up around the twinkling guitar part in “Patchouli”, the crisp clink of the tambourine over the brass swells in “All Is Dead To Me” – a direct result of the analogue approach and the traditional recording methods the group used while putting the album together.

The song writing and arranging pedigree here is top of the line, as is the craftsmanship. The result: an album that feels spacious and cinematic, genuinely human and loaded with emotion. It’s one of the classiest and most refined listening experiences you’ll have all year.