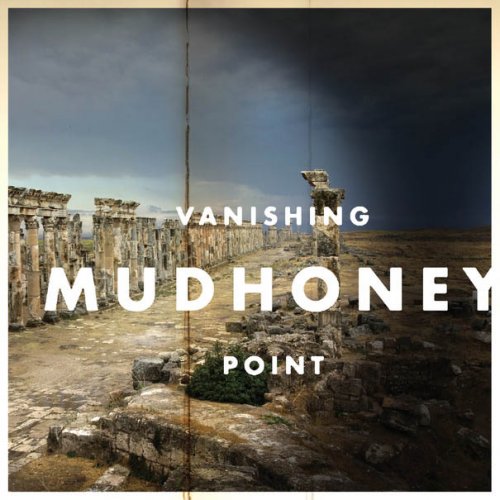 Ya know, it woulda just been easier on everyone had Mudhoney broken up after My Brother the Cow. Here’s how the last 18 years should’ve happened…

After having seen a ray of mainstream light with Piece of Cake released on Reprise, they put out My Brother… to high expectations only to find that radio and audiences weren’t receptive to them. Piece of Cake was, therefore, a flash in the pan, a breadcrumb of success. Some time in late ’95 or ’96 they break up after an argument is sparked over whether to give into making a fully-commercial record to take the band to the “next level”. Mark Arm forms a blues band, finding as much success as he did in the Mud. Dan Peters joins a jazz quartet – something he’s always wanted to do. Steve Turner and Guy Maddison simply disappear from music.

Then, in 2011, inspired by the myriad of reunions, Mark Arm, having gone through rehab twice, begins to make amends to his former bandmates. Interest in Mudhoney is piqued when Turner, over a conference call to the band, wants the guys to meet in person, shake hands, hug it out, whatever only to have it pushed back when Peters announces that people shouldn’t come into contact with him because he’s got the flu. They have a good laugh over it.

They agree to meet in Seattle to practice, just for old times’ sake. The sessions go well, with everyone approving. Arm and Maddison throw out some ideas they’ve had since they broke up, and Turner and Peters immediately latch onto them. Suddenly, the idea of Mudhoney’s return isn’t so silly. A comeback gig is booked at El Corazón. It sells out within minutes. Rave reviews abound. More gigs are booked. Lolla is calling for 2012. A full summer tour is announced, following the acceptance of the festival spot. The band finally decides to put their new ideas to record. They call it Vanishing Point. It debuts in the top 5 on Billboard, and goes on to be among the best-selling releases in Sub Pop’s history. Everyone is happy.

Yeah, that woulda been easier. The band would finally have the mainstream acceptance and success they deserved, and we the audience wouldn’t have to wade through the consistent album cycle of just-below-fame that Mudhoney have been on their entire career. But that ain’t how this band operates. Mudhoney have never made it easy. They didn’t bow out after mainstream’s apathy, only to reap the rewards of having had praises to their influence and greatness sung while they were away. No, instead they decided to stay together, to be a working man’s band – which means putting out unswervingly great albums at a (semi-) steady clip, even as they also never caved to making a marketable album just so they could play Madison Square Garden. Or, as Arm sings on the new album, “Now let me go down the list/Minimal production, low yield/Intimate settings, limited appeal/Dingy basements, short runs/No expectations, wait I’m not done”, before declaring, “I like it small”. “It”, of course, being the level of fame and/or success of a band.