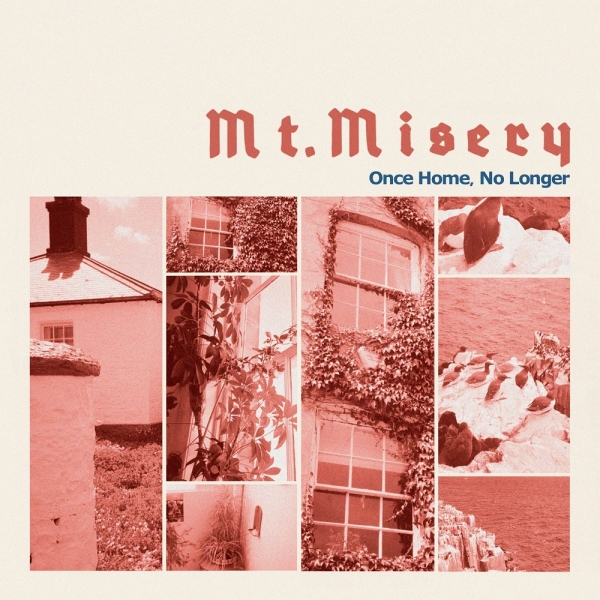 It goes without saying that geography plays an important role in music. From being able to influence or even cement a band’s sound, affecting their politics, or even their impinging on their ability to tour. Geography, however, seems to have little effect on Hartlepool’s Mt. Misery

While the band may have started life on England’s North East coast, their fittingly titled debut album Once Home, No Longer, couldn’t feel further away from seafront arcades and fish and chips if it tried.

Easy going to the point of seeming effortless, there’s a sun kissed sense of sanguinity that permeates every inch of the record, which in turn shares much more in common with West Coast America than North East England. There’s echoes of bands like Beulah, Someone Still Loves You Boris Yeltsin or Alvvays in the hazy production and the button bright keys that populate the record.

Arriving at a perfect time, there’s a sense of optimism at play within each composition, something established with opening track "The Dreaming Days Are Over" and continued across the breezy title track and beyond.

Dig deeper however, and one soon releases that despite its rosy veneer, Once Home, No Longer also shares a wistful sense of nostalgia, and acutely realistic feelings of heartbreak within the lyricism. It’s this that tethers the record back to its home shores; a quintessentially British flavour of storytelling that’s both heartfelt and believable, bringing to mind bands such as Teenage Fanclub or even Belle And Sebastian.

It’s these two disparate, yet strangely complementary aesthetics that make Once Home, No Longer the enticing prospect that it is, and indeed make Mt. Misery the band they are. A deft amalgamation of light, west coast psychedelia and wry English indie-pop, Once Home, No Longer, is a surprisingly nuanced record that though fleeting in its runtime, stays with you long after its finished.