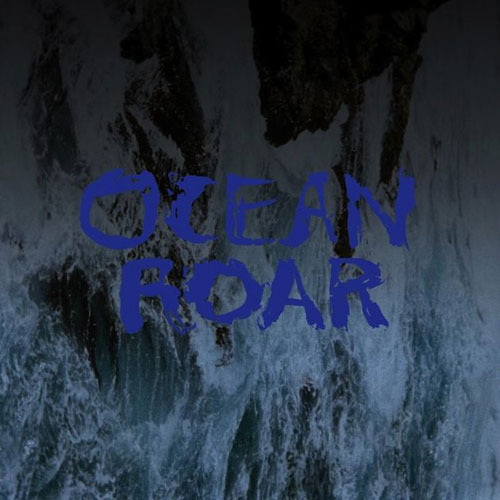 Whilst they were conceived as companion records, there is a clear distinction to be drawn between the Mount Eerie of Clear Moon and of Ocean Roar. The former is quietly majestic and damp with dewy-eyed wonder over the infinite beauty of the natural world whereas Ocean Roar is, in sole member Phil Elverum’s own words, “more challenging and weird and darker and heavier” and seems more interested in channelling the inherent force of the natural elements. They are two sides of the same subject, and this latest side is definitely the shadow as it sees further experiments with the black metal influence previously explored on Wind’s Poem.

It’s with such polarities that Elverum tends to find his most inspiring work though and with Clear Moon still fresh in the memory, these darker influences take on far greater significance. The ten minute opener ‘Pale Lights’ thunders into life with a three minute thick fog of distorted organ and guitar noise before receding completely, leaving his voice sounding naked and helpless in the face of such primal force, only to be quickly submerged again and remaining so for most of the album thereafter.

The title track on the other hand is a slinky dose of psychedelic pop, a bit like if Elvrum’s previous band The Microphones were remixed by Bradford Cox. Darkness quickly descends again though with the ominous death march of ‘instrumental’ where the wind whistles shrill under stark piano keys, before ‘Waves’ lives up to its title with thundering cymbal crashes like waves off a shore and guitar drones so thick and putrid they wouldn’t sound out of place on a Sunn O))) record. It’s all really quite unsettling in atmosphere, but it’s clear that it’s also very intricately constructed, far from being noise for noise sake.

For all of its lyrical and thematic tethering to the wider world, Elverum has actually crafted his own perfectly insular little purgatory of noise here. It absorbs any sense of time or place so deeply that those artefacts of a physical world become irrelevant; everything beyond the sounds themselves get shut out completely to create a genuinely primal listening experience. This means that it absolutely isn’t a record which you can shove on in the background; rather than just asking for it, it demands attention.

‘I Walked Home Beholding’ is the album’s emotional crown, as we finally get a firm grip on Elverum’s words as he searches for meaning amongst the vast insignificance of it all, settling with the oddly comforting line “totally at peace with the meaninglessness of living”. It really quite beautifully sums up the chaos at the heart of Ocean Roar, as well as the tricky practice of contextualising it with Clear Moon. Yes it’s all very overwhelming, a draining listening experience even, but if you can surrender yourself to that sense of not needing to understand then there are countless moments of transcendental beauty peeking out from the organised chaos here. For me, by virtue of sheer force and ability to immerse this immediately ranks as one of the strongest records in Phil Elverum’s expansive catalogue, certainly more so than Clear Moon, and qualifies itself as one of this year’s most interesting albums.