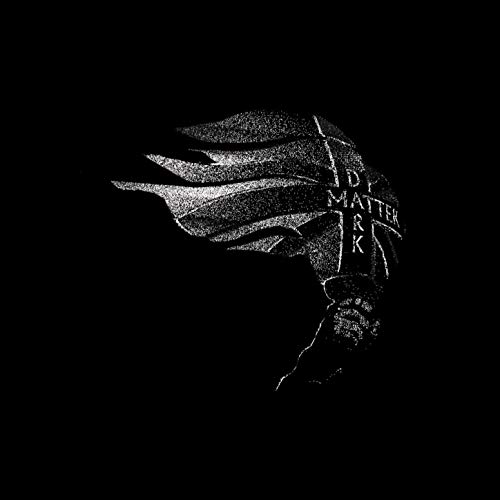 For half a century, critics have said time and again that jazz is dead — condemned to ivory towers and stuffy concert halls, past its prime, irrelevant, gone the way of classical music before it. Moses Boyd’s Dark Matter proves once again that London is a hotbed for a new, exciting era in jazz.

On this record, Boyd crafts grooves ranging from afro-beat to house to trap to grime, weaving jazz virtuosity and fluidity in around a spacious electric backdrop. Obviously lead by a drummer, these beats are mixed front and centre, the focal point around which the whole album coalesces. It takes a drummer to write a one note afro-beat melody, but if it slaps, it slaps!

Whereas his skills as a percussion prodigy are in full view, this record also showcases Boyd’s talents as a producer. He adeptly blends traditional jazz instrumentation (horns, upright bass, drum kit) with the contemporary: vocal chops, glitchy drum machines, synth pads, and DJ effects. The gestalt is a pleasing voguish mélange : despite the wide range of styles, the music is immediately recognizable as belonging to a consistent vision.

However, though the record is by and large a collection of dense, stoic grooves, there is one outlier. The single “Shades of You” featuring vocalist Poppy Ajudha sits strangely bright alongside the rest of the track listing. While the album as a whole evokes images of sweaty dance floors and caustic youth, this poppy, upbeat single jerks the listener out of the reverie. I feel like I’ve been suddenly transported into a third wave coffee shop, where I find myself ordering a $5 latte.

Jazz fusion records (and let’s face it, that’s what this is), have a tendency to lean on zeitgeist-y tropes and production techniques to distance themselves from their stiff-collared traditionalist brethren. What the gated drums and FM synths were to the 80s, the trap hi hats and side chain are to our epoch. Hip today, dated tomorrow. Current trends pop up again here on Dark Matter. This album is not a timeless classic, it is a du jour album that showcases a drummer and producer’s talent at capturing the sound of the times. It should be enjoyed as such: a testament to young musicians blending tradition and modernity in exciting new ways.