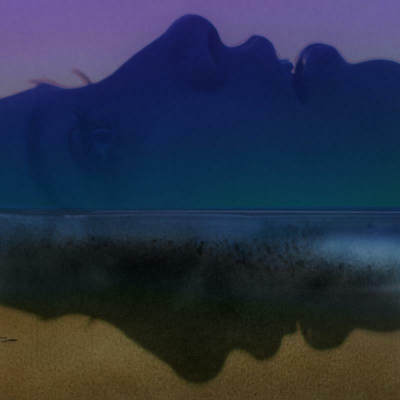 On her debut album, Casablanca artist Meryem Abouloufa naturally sits within the same realm of smoky torch songs given a pop sheen as Lana Del Rey, Angel Olsen, and Sharon Van Etten, however what sets her aside from such company is that she uses the template of Western pop and gives it a Middle Eastern twist.

Prior to her move into song writing, and studying architecture, she composed poetry in Arabic and French, her poetry past has resulted in the framing of her song writing having an intimate feel, which when matched with her unhurried vocal delivery, the majority of Meryem takes the form of poetry as song, rather than the other way.​

​The songs which tap into the sound of the West explicitly such as "Welcome Back to Me" are pleasant enough but the album really excels when from she performs within the traditional music of her country. Songs such as "Evanouie", and, the sung in Arabic "Je Me Promets", are languid streams of consciousness. The backwards strings and use of vocoder on the percussion-free ‘Ya Qalbi’ expertly fuses minimal sounds with dramatic atmospherics, while the wordless vocal coda here impressively evokes the haunting sound of an evening call to prayer.

The urgent strings and piano on "Breath of Roma" underpin her emotive but understated croon in a moment of understated drama​. "Je Me Promets", a piano ballad sung in Arabic slowly rises in intensity before breaking into a spoken word​ passage accompanied with soaring backing vocals which is just spectacular. ​

Elsewhere, more electronic derived sounds such as the low paced house beats on "Fighting", or the mellow hip hop beats on "Welcome Back To Me" are reminiscent of the work of Egyptian singer Natacha Atlas, particularly her work with Transglobal Underground, ​or the Iranian/Canadian act Niyaz.

On her rich and cinematic debut, she proves to be more than capable to hold her own within such illuminating company. ​