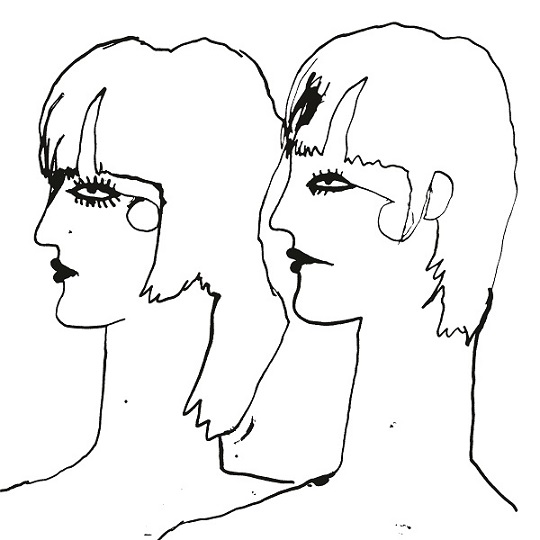 As anyone unfortunate enough to have heard Mick Jagger’s supergroup SuperHeavy will tell you, musical collaborations have been responsible for some of the most horrible records ever made. Collaborations work when the musical chemistry brings out the best in each player whilst creating something new. And DRINKS - White Fence’s Tim Presley and Cate Le Bon - works wonderfully.

On their debut album Hermits on Holiday, DRINKS sound like a 21st Century take on Lee Hazlewood and Nancy Sinatra, with Presley’s guttural drawl and Le Bon’s dulcet croon, their voices have a lovely contrast, even though they don’t duet in the strictest sense of the word.

The music journeys to a series of seemingly unrelated directions, from the psychedelia of “Time Between”, the punk of “Focus On The Street”, and the title tracks’ skittish funk, but is underpinned throughout by their desire to explore new musical territories.

It’s impossible to put DRINKS into a particular musical bucket, though some songs embrace that most unfashionable art of improv. Yet rather than being musical onanism, the freeform nature allows their love of the songs they’ve written together and the creative process they engaged in to shine through.

Improvisation also provides the records highlight, “Tim, Do I Like That Dog”, where over a procession of guitar squalls Le Bon repeatedly asks Presley the question only to get a series of different, impatient responses from her musical partner, who sounds more interested in wringing out noise from his guitar, before Le Bon ends it with an undecided "No, I don’t… I don’t know, do I?".

Hermits On Holiday is that rarest of treats, a side-project that could be its writers’ day job. Bristling with brio and invention, it sounds as much fun to listen to as its creators evidently had making it.