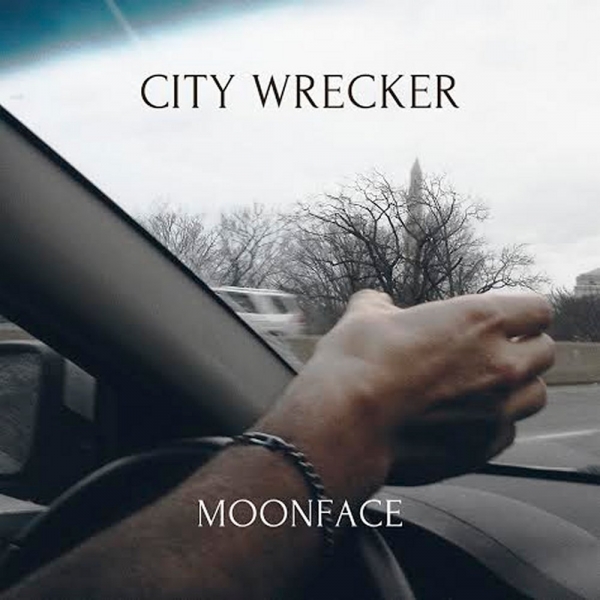 City Wrecker is a blunt full-stop on Spencer Krug’s singer-songwriter phase. Last year’s Julia With Blue Jeans On was the sound of Krug at his most exposed; the complex metaphors of his previous work were gone. So too were the spastic structures of his songs. In their place were ten haunting torch songs, performed alone by Spencer at his piano. Even the artwork was the first time anyone in a record store could get a decent glimpse at his face – discounting, of course, the absurdist cover of his first EP, where his swimming-trunked frame was capped off with goggles and a snorkel.

Julia,uncharacteristic though it was, also happened to be the best work of Krug’s career. Holed up in Helsinki, having “torn through my beautiful narrative to get out of Canada” (as he sang on “Barbarian II”), it was a gorgeous song cycle about pure romance. Just under a year from that album, though, Krug has already left Helsinki behind, unleashing City Wrecker as something of a postcard. Rather than a collection of dregs, however, or tossed-off outtakes, the record works perfectly as a coda to what sounded like an unusually comfortable period in Spencer’s life. It’s not quite as unadorned, not quite as intimate, as Julia – opener “The Fog” has its title represented by jarring clouds of synths which break through the eight note motif that underpins the entire song – but you can still tell that all fifteen of Piano Man Spencer’s songs came from the same place.

The record’s closing tracks are drawn-out epics, both having served as the devastating encores for his solo shows around the release of Julia. “Helsinki Winter 2013” boasts Krug’s most disarming lyric to date – I won’t spoiler it here, but it’s a sentiment you’d never have expected to hear leave his lips before now) – before settling on an introspective muse upon what led him to leave Finland. I think. At least, if there’s any “you belong where you are found” halfway through the track hammers the point home a little more digestibly. But the jewel in City Wrecker’s crown is “Daughter of a Dove”, which builds tension and momentum, and piles image upon image in its lyrics until it finally bursts. While it starts tentatively enough, Krug seems to gain confidence and strength as he rolls through the song. Images take lines to unfold, motifs take minutes to resolve, and when they do, they explode. “I am an arm,” he utters cryptically four minutes in. A little while and a key change later, he finally explains himself – “I am sometimes just an arm, hanging out a window in the highway in the sun.” Look at the artwork. Door unlocked. Sort of.

“Daughter of a Dove” alone needs an entire essay to unpack it. If these ten minutes are “as spiritual as I know how to be,” it’s certainly more spiritual than I know how to critique.

“It is two thousand and whatever,” runs the refrain of the record’s title track, “I am still a city wrecker.” Does this mean that Krug’s experiment in European living was a failure? Who knows. That’s the problem with confessional songwriting – when you put so much of yourself on vinyl, it’s what you leave out that people want to know about. But I’ve said before that Spencer Krug is indie rock’s greatest living nomad. So Krug once again tears through his beautiful narrative, this time to get out of Finland, and dances on the wreckage of Helsinki and the rubble of that damned piano.

I can’t even begin to imagine where he’ll end up next.