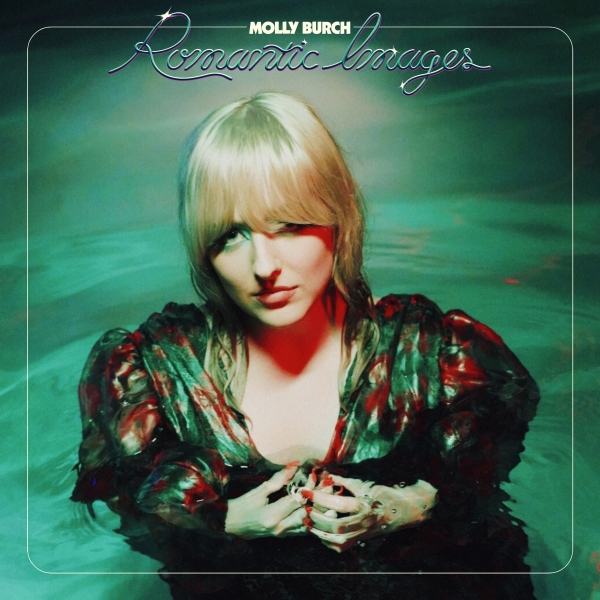 Travel back to 2018 and Molly Burch would have softly sung in your ear “they tell me to be louder” on her gentle track “To the Boys”. The days of quiet defiance are behind the American singer-songwriter. There is a feeling that Burch has pushed past a previous shyness as seen on Romantic Images. Whilst she continues to explore feelings of love and yearning, each track on Burch’s fourth album is driven by a smooth confident groove, a clear sign of an artist in their element.

Romantic Images thrives on its sensuous undertones and Burch’s airy vocals. She hasn’t lost any of the tenderness from her earlier albums as heard on "Heart of Gold". What has seeped in alongside Burch’s careful handling of instrumentation is a sense of determination as if she is pushing back at those who have told her to speak up. Balancing live drums with drum machines, piano with synths and flowing acoustic guitar with electric riffs, every beat and melody feels deliberate and calculated. The words of others have not thrown Burch off and it’s clear a natural evolution has happened rather than a constructed strategic move to please the industry.

Burch’s talent as a songwriter and more generally as a crafter of songs shines through on the album. On "Took A Minute", a ballad sounding introduction gives way to an upbeat indie pop melody. These types of transitions add unpredictability, another surprising and satisfying feature of Romantic Images. Although Burch indulges herself in lovelorn lyrics for the entirety of the album, she manages to keep everything fresh and clean even when the tempo slows down.

Hints of Kate Bush and Julia Jacklin are sprinkled throughout as Burch bounces between affection, devotion and infatuation. She never crosses the line into obsession and croons “I want to be careful and kind / find out how to balance that line”. Ending Romantic Images on a note of self-love allows Burch to show the range that could be delved into in the future. Love is the ultimate topic in songwriting but now on her fourth album, Burch could expand into more unfamiliar territory. On this album, she has shown her skillset as a musician and a determined woman who wants to defy expectations. Now as an established indie pop artist, Burch has the space to delve deeper and cross boundaries and push past her comfort zone of love songs.